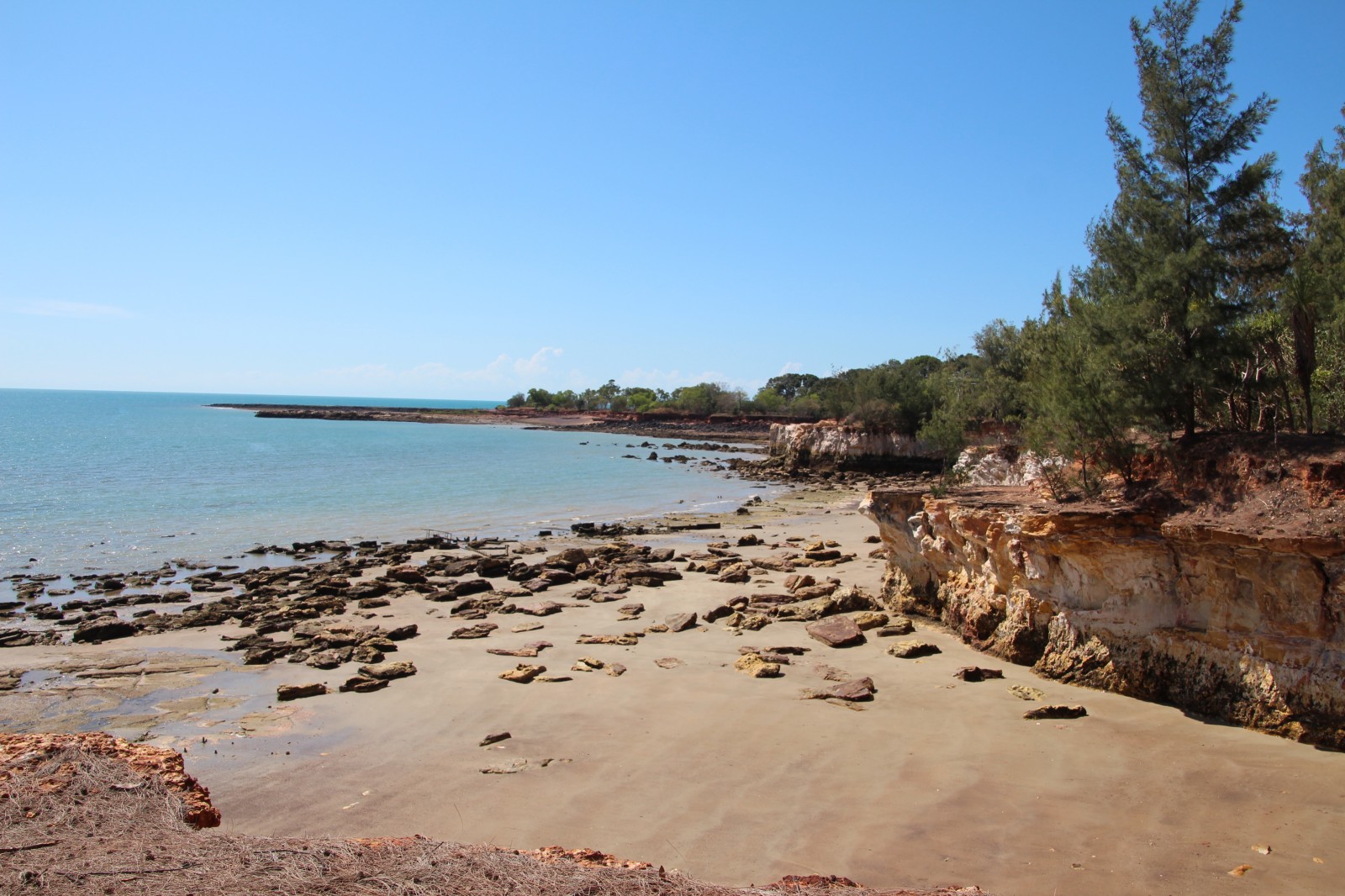 Darwin, the capital of the Top End, and of the Northern Territory. The biggest city of this part of Australia with a population of nearly 125,000. And the only tropical capital of Australia. Darwin is closer to Asia than to the rest of Australia, which is reflected in the multicultural spirit. By the way, however the city is named after Charles Darwin the man never set foot on this land. The explorers who discovered this place could choose the name (nobody was really interested in this tropical land) and they didn’t want to name it after a king. The story goes they found Darwin very sympathetic so they called the place ‘Darwin’.

In the recent past Darwin was rebuild two times. The first time after the bombings by Japan on 19 September 1942 (WWII), of which you can still find a lot of historical sites, silent witnessess of the military occupation. The second rebuild came after cyclone Tracy, on Christmas Eve 1974. This was a devastating storm, not expected to hit so hard and, after all these years, still not forgotten. If you take the time to visit Darwin, like we did, there are some interesting places to visit.

Darwin has a lot of markets, especially in the Dry season. The most famous is Mindil Beach Markets on Thursday and Sunday. There are also good (mostly) food markets in the weekends, for example Nightcliff Village Sunday market, Parap Village Saturday market and The Rapid Creek Big Flea Market. Perfect to have a taste of Asian food, have a look at local art and craft or just wander around.

A free must-see is the Fannie Bay Goal museum. This open air museum gives you a feeling on how it could be in jail in a tropical environment. Knowing it was build in the late ’80s of the 19th Century, served till 1979 as a jail and, after Tracy, as a refugee center, makes you quiet … A more relaxing spot is the East Point Reserve. It is a great place to see the magnificent sunsets and feel the sea breeze, which is truly refreshing. However very attracting, don’t go into the sea, unless you want to risk your life (crocs or jelly boxes!). In the East Point Reserve you can also see bunkers and a WO II museum. And one of the secrets: if you look closely to the shore line you can spot the remainings of the first telegraph line that connected Australia to the rest of the world. Another interesting museum is the museum & art gallery of the Northern Territory, which has a special part about cyclone Tracy. On the other hand, the combination of sunsets and the sea are a must-see, also in Darwin. At sea it is even more spectacular, especially if it is followed by the rise of a full moon! Try a sailing boat to see Darwin from another perspective – place to be: Stokes hill Wharf, not too far from the city center (walkway from the waterfront) and definitely one of the prettiest parts of Darwin. You can also spot the customs ships that are guarding the ocean borders around Australia.

More boats to spot at Cullen Bay Marina, a little bit of an upmarket place considering you are in Darwin, but still a nice place to have a walk around.

And yes, Darwin also has a Botanic Garden. It is a relaxing place, where you can see tropical birds and flowers (but there are mosquitoes as well, so be prepared). Another place where you will need your mosquito repellent is the deckchair cinema . An open air cinema, close to the Waterfront precinct.

A cool thing to see is the famous Ghan train arriving after his 47 hours journey, all the way from Adelaide, across the Australian continent. Remarkable: the first train in Darwin only arrived in … 2004 (and when we were there, he arrived almost half an hour too early 🙂 ). Read a travel review about the Ghan here.

If you want to stay in town, go to the Chinese (tao) tempel, it is a bit hidden, but a beautiful place, built accordingly to the Feng Shui principles (meaning water and wind).

A few kilometers out of the city center is Nightcliff. It has a small jetty, but the only one in Darwin, nice spot! Popular with local fishermen, who sometimes got stuck in the sea (if they are lucky, we’ll be around again to help them out 😉 ).

When you are into cars and sustainability, you should definitely check out the Solar Race (more about it in one of the next blogposts), which starts every two years in Darwin. The cars are fit for one person, and only drive on solar power. Very spectacular!  These guys cross Australia to Adelaide, which is only a little bit crazy 🙂 The start of the Race is given at State Square, in front of the Parliament House. An interesting building, opened only in 1994 as the parliament of the Northern Territory and build to resist the consequences of a tropical climate for a hundred years. If you are interested in the history of the place where the building stands, and in the history of the parliament itself, visit this website (free wifi in the library!)

It is a long way to Darwin, at least, when you already are in Australia. So once you got there, make sure you make the most out of it! More about the national parks around Darwin in a blogpost in the near future.

The Ghan from Travel for Motion on Vimeo.