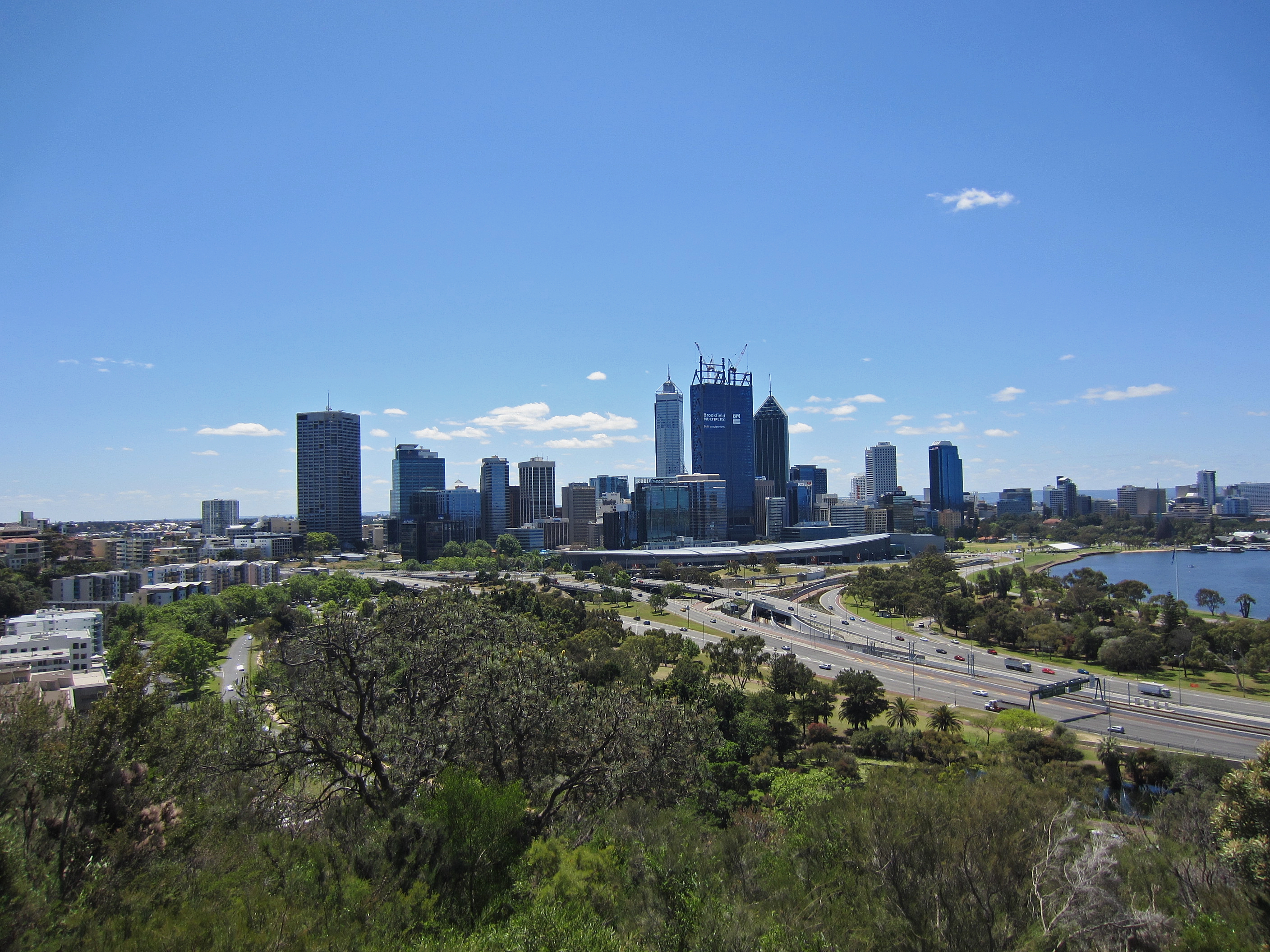 We’ve visited Perth in 2011. It was our second trip to Australia, time to see something less touristic. If you come from Europe, Perth is definitely a good starter for your trip in Australia, because it is a lot closer by, meaning a bit less jetlagged. To give you an idea: Sydney is about 4 hours flying, or about 4000 km driving to the east… An unusual way to reach or leave Perth is by train, more specifically by taking the Indian Pacific rail, which takes you from Perth over Adelaide to Sydney (or the other way). The city was founded in 1829, but the Aborigines lived here long before. We only spent two days in the capital of Western Australia, but we will go back for sure. It is a very pleasant and easy-going city with beaches, a lot of green and some culture. Off course there are the obvious buildings, like the parliament, the Art Gallery of Western Australia, the university, …

One of the more attractive buildings, is the Swan Bells Tower. It houses a 280-year old clock, that once belonged to a London church. The Tower is at the shore of the Swan River.

At that same Swan River, there is a small island: Heirisson Island. In recent years, there has been some commotion about the island which had to do with Aborigines, and you can go there to have a look at the sculptures, but we would recommend you to go there because of the Roo’s! We kid you not … we spent a whole afternoon at the island, looking for kangaroos. Actually we had already given up, but then they came out of nowhere! A whole bunch of hopping creatures. As you can see at the pictures, we could come very close. They are being looked after and they are used to humans, but it is not a zoo. These are still wild animals, so you should always be aware! Where else in the world can you make a picture of a wild kangaroo watching the skyline of a big city?

The place where you have the best panoramic sights over Perth, is definitely Kings Park. It is one of the biggest inner-city parks of the world. A good spot to relax and enjoy the sunshine (Perth is not only one the most isolated cities of the world, but it is also the sunniest state capital of Australia, fair chances to leave that umbrella in your suitcase). As it is a Botanic Garden, there are lots of beautiful plants and trees to see, and you can also take an Indigenous tour. They call Mount Eliza, the highest point of the park, Mooro Katta or Kaarta Gar-up. Kings Park is one of those sites that has an important meaning to the Aborigines till today.

But the park is also home to the State War Memorial. The place remembers the fallen soldiers of different battles. The Cenotaph is a replica of cenotaphs of the Australian Imperial Forces that can be found in Belgium and France.

Some interesting itineraries from Perth: Fremantle (just a few kilometers from Perth, if you are into some Italian food), Margaret River, Leeuwin-Naturaliste National Park, Kalgoorlie (largest gold mine in the world) and Hyden (Wave Rock). We’ll write another blogpost on these places in the near future.