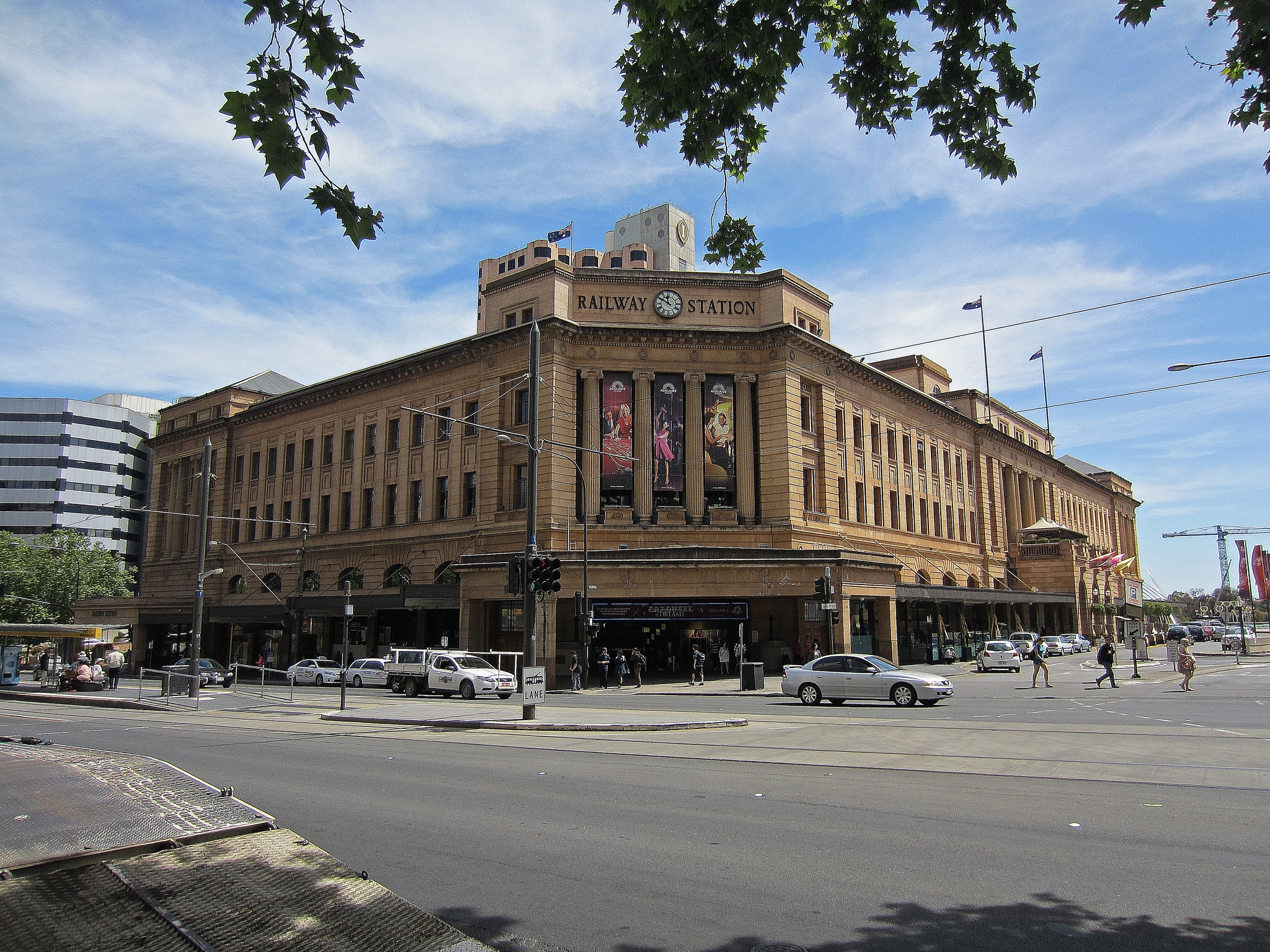 Some facts about Adelaide:

Governor Hindmarsh founded the city around 1835. The Aborigines who used to live here were the Kaurna people. Over 1 million people live in the capital of South Australia. The Italians are the biggest non-Anglo group in the city.

We’ve been twice to Adelaide, one time to take a break between travels, one time as a starting point of our travels.

What makes Adelaide so pleasant to visit, is the sense of spaciousness. There are a lot of parks, and the beach is only half an hour away (by tram). Make sure to visit the city in spring, when the jacaranda is flowering! And perhaps you should avoid summer = too hot …

There are some places of interest in this city. One of the highlights is definitely the Botanic Garden. Besides the flowers and some amazing trees, the Garden also has some beautiful glass houses and sculptures. You can cross the Garden to enter the Zoo, something we didn’t do, but there are some giant panda’s (you can take a panda tour as well … ) J.

Both are located at the river Torrens, a pleasant walkway leads you back to the city avoiding the busy road.

As every city in Australia, Adelaide has it’s own War Memorial. It is referred to as the National War Memorial, although this is not in the capital of Australia. The reason of this naming is the reference to all Australians who fell during the First World War, another assumption is it refers to the state as a nation. Anyway, the monument is bombastic.

Walking back to the CBD, you should have a look at the Rundle Mall, not for the shops, but for a nice selfie opportunity in the giant reflecting balls. And at night, the streets are arty lightened J Adelaide has it’s own Chinatown, situated a bit more south of the city centre. The entrance gate at itself is quite remarkable. Around Chinatown, there are some other covered markets for fresh produce.

If you want to escape the city (which is never really busy by the way), you should go to Glenelg, a small suburb only half an hour by tram from the city centre (Victoria Square). It has a pleasant atmosphere and a nice beach, although you shouldn’t take this as an example for all the beaches in Australia. It still is a city beach …

Adelaide is the perfect gateway to Coffins Bay, The Flinders and Gawler Ranges, Coorong National Park (and further east to Melbourne), Kangaroo Island, the Barossa Valley, … More on these spots in another blog post.

One last tip: don’t be afraid to ask your question again if you didn’t understood the answer, the South Australian accent is unique!