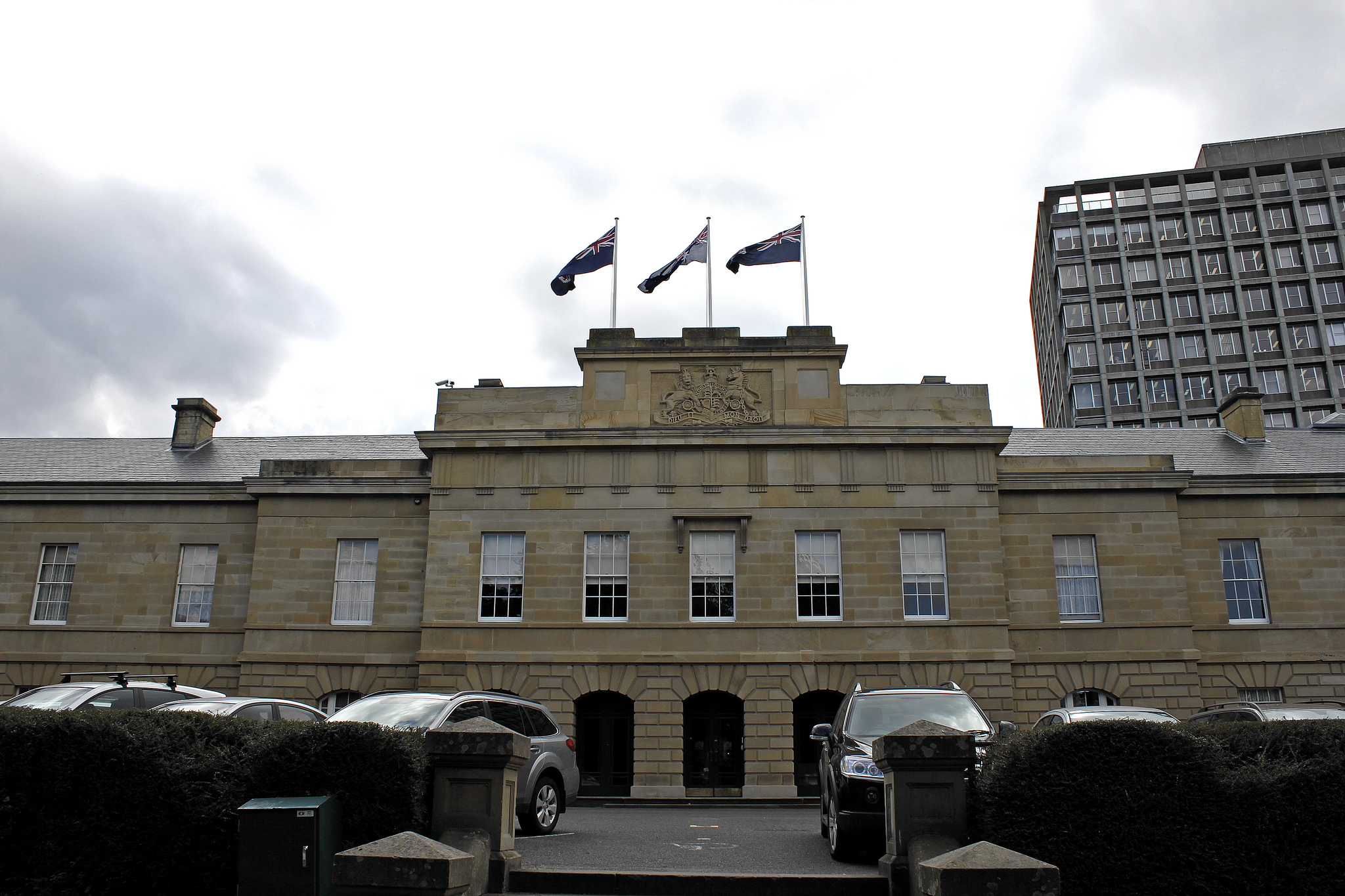 The capital of the largest island of Australia, Tasmania, is small but cozy. According to our ‘Scratch Map’, Tasmania is believed to have the cleanest air in the world. Then Hobart must have the purest air of all capitals in the world!

One of the main attractions in the city is the statue of Abel Tasman. The Dutchman discovered Tasmania on the 24th of November 1642. He called the land ‘Anthony Van Diemen’s Landt’, in honor of the Governor General of Batavia. He set course for New Zealand (Staten Landt) after the Holland flag was planted. The first governor of Van Diemen’s Landt, Sir John Franklin, has a statue on Franklin Square.

Hobart is set amongst the foot of Mt Wellington, but the city has a very pleasant waterfront as well. You might see one of the bigger cruise ships around here. And the yearly Sydney-Hobart sailing race ends here (which is quite spectacular on TV, let alone life …).

The Parliament House is made from sandstone and was completed in 1840. The tunnel under the building to the opposite hotel, makes this place a bit spooky since nobody knows what this tunnel was used for.

A nice place to walk around is St David’s Park. It used to be a graveyard of the St David’s Cathedral. Now the only reminders of those days or the gravestones in the sandstone walls. If you are into some brain exercising, you might want to play chess on Franklin Square.

We’ve only spent a few days here, back in 2011. So we missed a few things, like the Botanic Garden. However, it is a nice place to start or end your trip around Tasmania. Hobart is known for its food and drinks, and since it is so small you get around very easy. From the mainland, it is easy to reach Tasmania. We flew in from Melbourne, but there are also direct flights from Sydney and Adelaide. If you have time and don’t get seasick, you can try the ferry from Melbourne to the north of the island.

More on our trip around Tasmania in another blogpost!