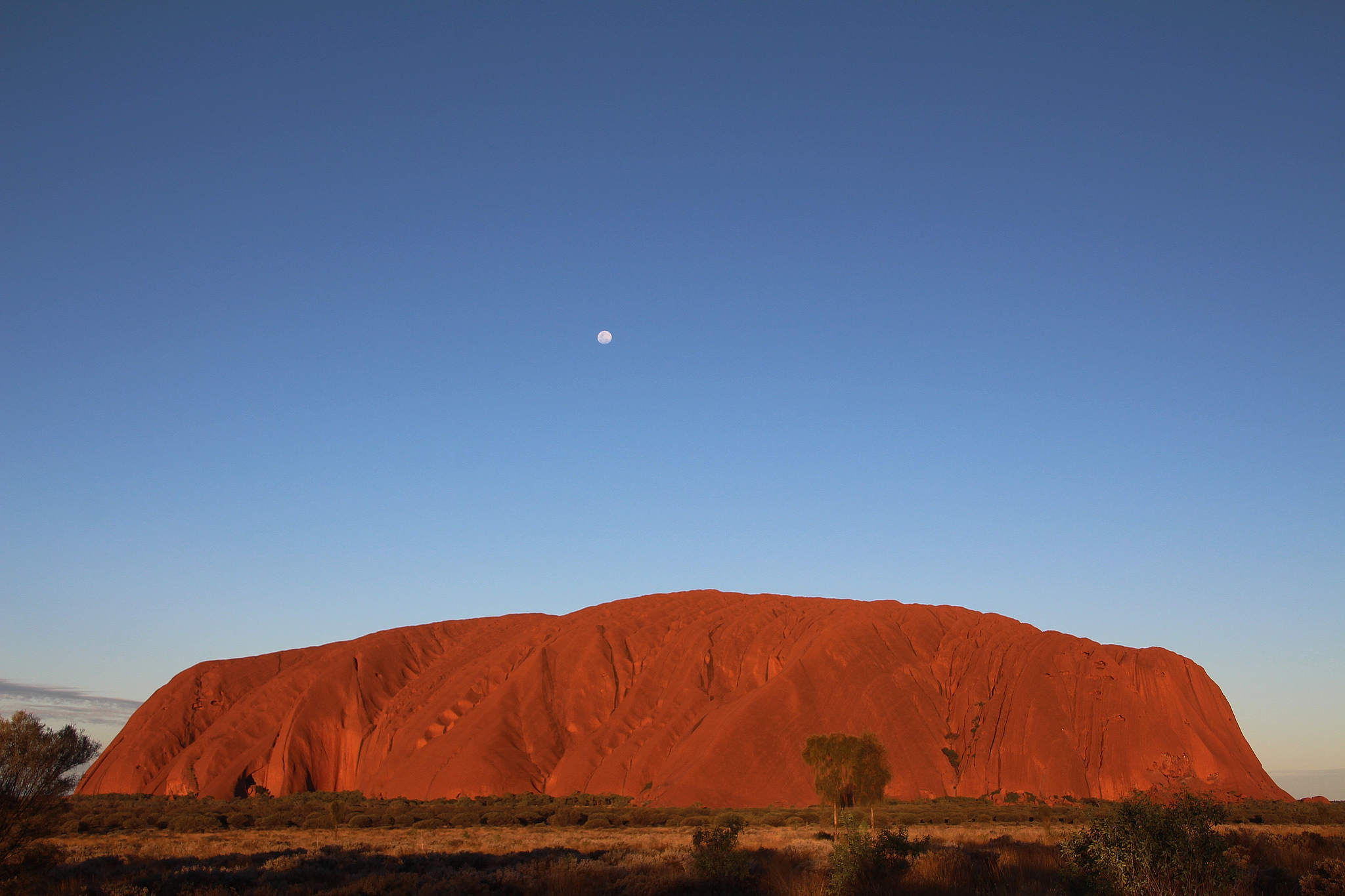 In our previous post you could read about our adventures in the Red Centre. We left Uluru-Kata Tjuta National Park aside, mainly because we have too many pictures of the most famous landmark of Australia: Ayers Rock or Uluru. Arriving at the park is a bit disappointing. Especially when you have been driving hundreds of kilometers in the outback, almost on your own. Starting from the

Lasseter Highway, you are no longer alone … Saying the resort managers of Yulara are smart people commercialy wise, is an understatement. And that is a pitty.

There is only one place to stay if you want to visit Uluru and the park, namely Yulara, the resort with every type of accomodation, shops, a post office, a fuel station, their own fire brigade, restaurants and resort-style activities. And because they have a monopoly it is utterly expensive … But if you want to see this World Heritage Listed park, there is no other option. The park is about 20 km from Yulura, and you have to buy a park pass (25 dollar per person, valid for 3 consecutive days). The revenue is partly redistributed among the traditional owners of the land: the Anangu people.

Uluru (or Ayers Rock, named after a South African politician by the man who first set foot on Uluru in 1873 – Uluru was discovered a year before by Ernest Giles) is not the highest monolith of Australia (which is Mount Augustus in Western Australia – Uluru is about 348 meters high) but by far the most famous. And it has significant meaning to the Aboriginal people, ceremonies or still held, for over 30000 years. You can walk around the base of Uluru, which is about 9,4 km wide.

Although the sandstone rock is a monolith, erosion here too has done the job: parts of the rock have collapsed, there are waterholes and strange looking holes. The artwork is thousands of years old. It is an amazing place! The second part of the park’s name refers to Kata Tjuta, or the Olgas. A bit farther than Uluru, at 5O km from Yulara. We find this a mythical place, the highest dome is about 546 metres high. You can walk between the domes (Walpa Gorge Walk and Valley of the Winds Walk), in the valley, where it can get extremely hot even on a not so warm day. There isn’t much wind in the valley. Walking between and around these ancient cliffs, looking above and trying to conceptualize where you are … Kata Tjuta is truly stunning!

There are some rules you have to obey to when visiting the national park. There are places where you cannot stop or park, some parts of Uluru cannot be photographed. Rock climbing is highly discouraged. Not only is it dangerous, but it is also disrespectful. Since the first tourists came, a lot of places so important to the indigenous people have been desecrated.

They had to move several times because of the commercial interests for white people. Since 1985 the site is a national park and is managed jointly by the local people and Australian Park Management. There is a cultural centre within the park, where you can get information about the meaning of Uluru and Kata Tjuta for the Aborigines and get to know some Dreamtime stories.