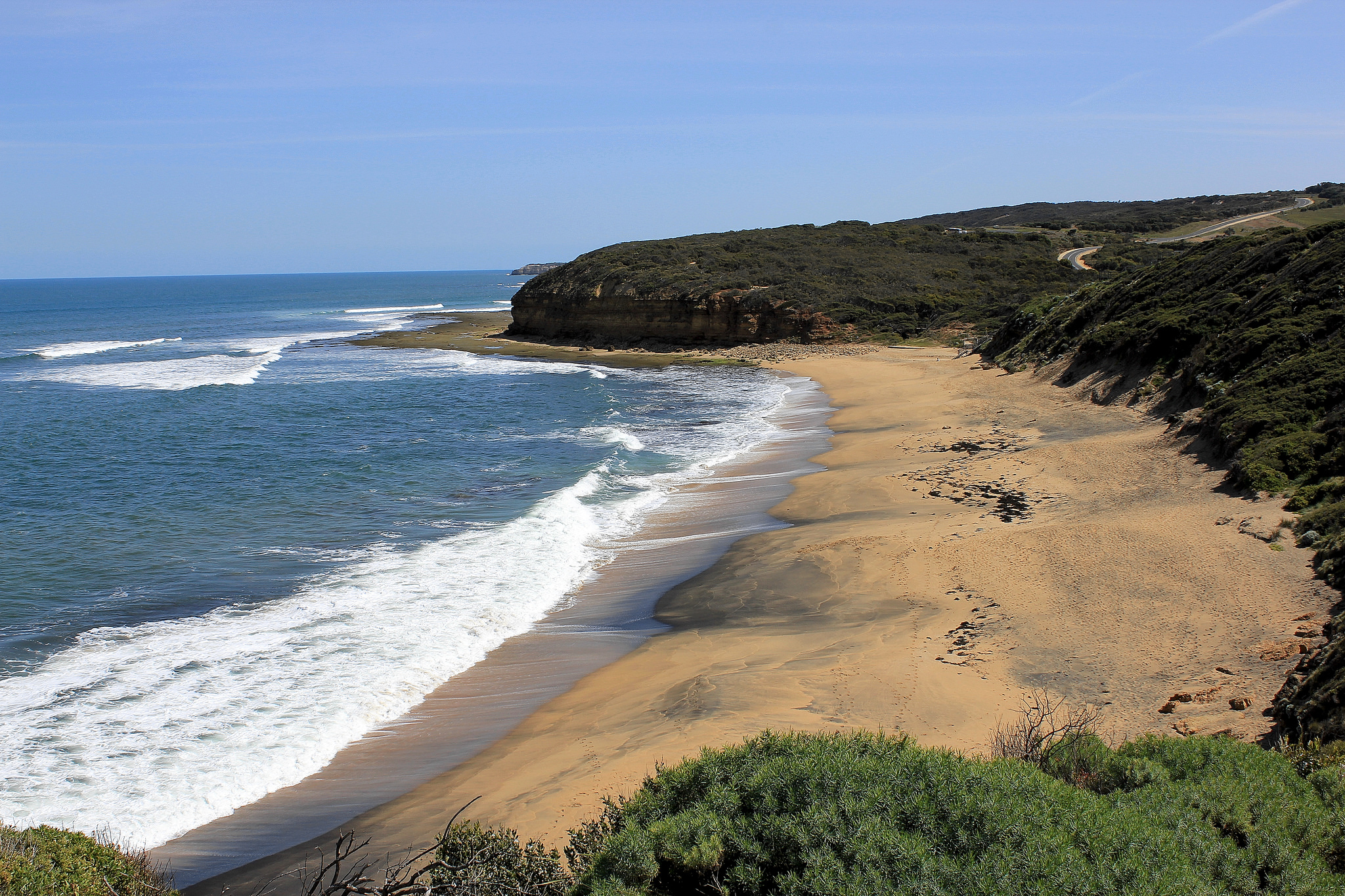 The Great Ocean Road (further on referring as GOR), roughly between Melbourne and Adelaide, is one of the most spectacular routes in the world! Most of the times you don’t have to believe everything what’s in the travel guide, but on this no one can argue. The best way is to start from Geelong and drive towards Warrnambool. Than you have the coast at your left hand side, and the hinterland at your right hand side (remember: left driving!). We’ve split this blogpost in two parts, mainly because we have too many pictures to warm you for a beautiful stretch of coast way. Be aware though, this route is dangerous. Not only because of the tourists who aren’t always used to drive left, but also because of the many curves and drivers tailgating …

But first, let’s tell something about the history of the GOR.

The GOR was built by returned service men of the First World War. The purposes of the road were various: it was a memorial for the fallen men, but of course it also opened a road for the people who l ived there. Before the road was built, the only way to reach the inhabited world, was through the bush. First plans to build a road were already made around 1880, it wasn’t until 1918 the actual building started thanks to the mayor of Geelong who raised the necessary funds. The road opened in 1932. The Memorial today (at Eastern View) used to be a toll gate, but that only lasted a few years. It is hard to imagine this beautiful road was built only by the use of manpower …

The coastline itself is the work of Mother Nature: the combination of the limestone rocks and the waves of the Southern Ocean result in a spectacular and rough coastline.

Geelong is a good starting point to get you all set and go for the GOR. It is the last big town for a while. The road is 243 km long, winds along the coastline and through the bush, via coastal settlements the size of villages (meaning the bigger places). From Geelong it takes about half an hour to reach Torquay, the real starting point. This place is known as a surfers’ paradise. Both Rip Curl and Quicksilver were founded here, be sure to check out the outlet shops! Bells Beach – one of the most famous surf beaches of the world – is just a few kilometers out of town. Each year there is a contest of the Rip Curl Pro Tour held at this beach .

Just past Bells Beach, the next detour is towards Point Addis, a beautiful lookout point from where you’ll see Anglesea. Point Addis is a marine national park, if you are lucky you can see dolphins or seals around here.

Anglesea is your next village to fuel up or do some small groceries. Don’t pass it too quickly: a good ‘not so secret anymore’ place to spot kangaroos is the local Golf Club. The first year we went here we could easily enter the terrain and come very close to the roos, but the last time we had to stay behind a fence. Perhaps the golfers didn’t like all the attention anymore or got too distracted 😉 Anyway, the kangaroos don’t mind some curious eyes. Some kangaroos at the Golf Course have name tags, for research purposes.

The next sighting (although there are endless possibilities to stop along the road) is Aireys Inlet – Fairhaven. You cannot miss the Split Point Lighthouse. Build in 1890 out of necessity (this coastline is a shipwreck heaven …) and since 1919 fully automatic. The tower is 34 meters high and you can go in to the top (which we didn’t do, but we did visit the lighthouse at Cape Leeuwin). When driving further on you’ll soon see the Memorial Arch at Eastern View.

The next village of some sort is Lorne (good cafes!). Some must-sees here are the Erskine Falls and Teddy’s Lookout. The Lookout is somewhat tucked away, take the road at the post office up and carefully look for some signs. After a small walk through the bush you’ll be rewarded with an amazing view! The Falls are a bit out of Lorne (about 9 km, the last stretch is a very steep road) and hidden between the ferns and trees. A pleasant change from all the seawater and beaches ;-). More variety awaits you at Kennett River. Don’t stop at the carpark where all the Asians stop to take hundreds of pictures of one koala, but drive on the dirt road through the eucalyptus trees. Be sure to look up, or down! Peaceful, almost no tourists, just you and the koalas. Yes, these little cute animals sleep a lot, but that is not the only thing they do. Listen how they communicate with each other, how they climb a tree and manage to sit on the smallest branch, or how they stretch from head to toe to reach that one yummy leaf …

About halfway the GOR one of the bigger hubs is Apollo Bay. Various places to stay and eat, and even a small supermarket. But also a very nice beach and a museum for those interested in telegraph lines. One of our favourite spots is Marriners Lookout though. From this hill, and when the weather is just right, you can even paraglide. The view over the village is spectacular, whether or not you are flying 😉 A spot we got to know last year is the ‘beach’ at Marengo, a little bit out of town. We slept at a small caravan park set at the beach. The power of the waves has left remarkable tracks in the flat rocks on which you can walk at low tide.

Enjoy the pictures on