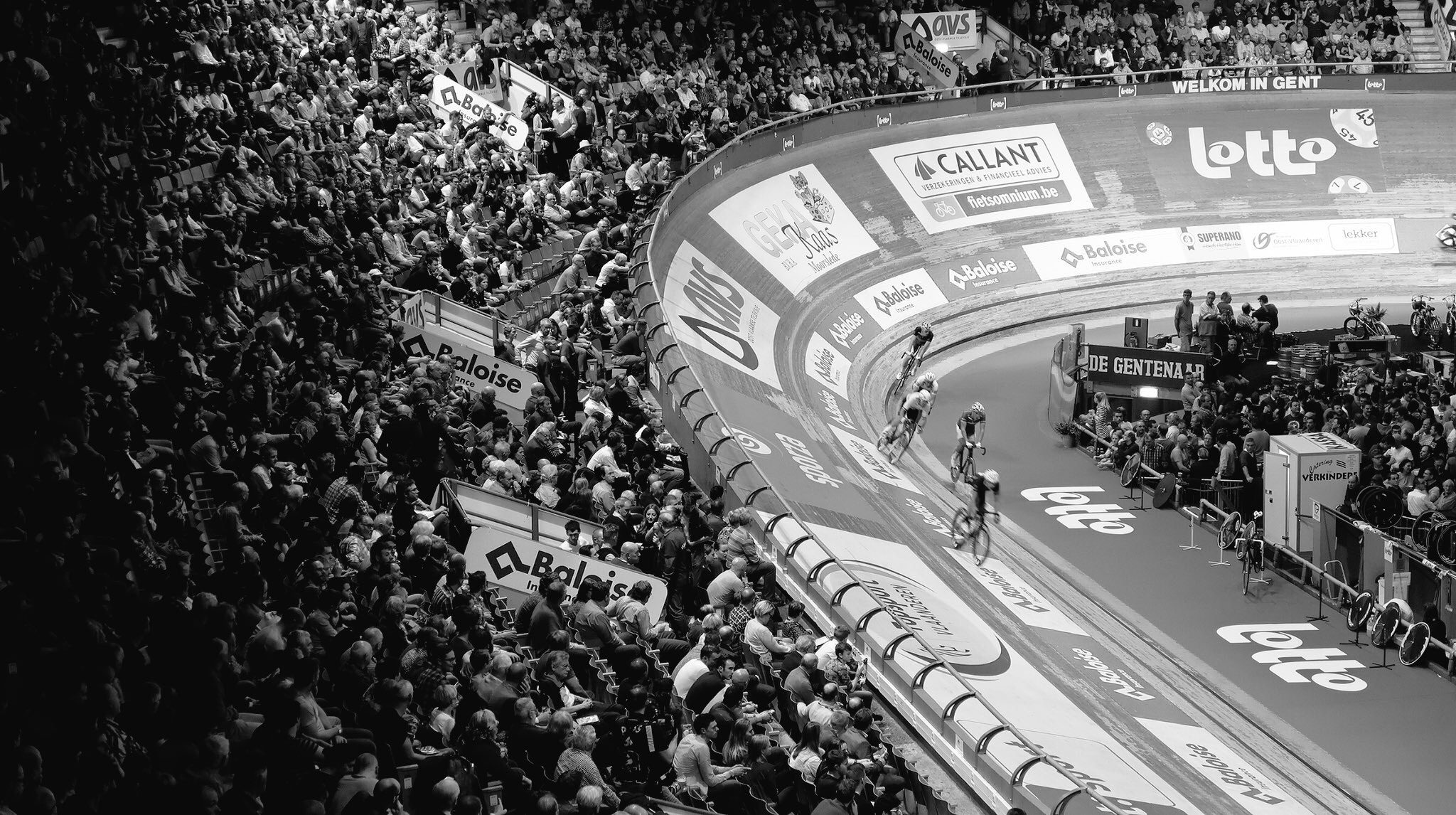 Every year again, around the end of November, there is some big excitement going on in Ghent. The Ghent Six Days are back – place to be: Het Kuipke!

This Six Days is loved by riders and public alike. First organised in 1922, but the current track was build in 1928. It’s 166,66 meter long (or short), made of wood and has high curves. It is not only known as the worlds shortest track, it is also one of the fastest and most technical ones. This Six Days is loved…

Our Six Days are organised for the professional riders, the youngsters (U23 – Future Six Days) and the women (short programme – in 2016 the omnium race).

During 6 days, the (professional) riders race various races in teams of two. The team that completed the most laps around the track, is the winner at the end. However, there are also points to gain. When two teams rode the same distance, the one with the most points will win.

The races with the derny’s are probably the most spectacular ones. One rider per team rides behind a guy on a motorbike. The first rider (not the guy on the motorbike) across the finish line, wins. We must say, this is one of our favourite parts of the Six Days, however it does smell a bit 😉 During the madison the couples ride together. From above, it looks very dangerous. One rider literally slings the other rider forward (they don’t have breaks!). During 60 laps, they have to take as many laps as possible. The message here is to take double laps (breakaway at the front, stay in front during one lap and get to the back of the bunch you just left).

Another item where couples ride together is the Points Race, where they sprint every 10 laps for points. Whereas with the Supersprint, only one rider of the team races. The bunch first races an elimination, after this follow 12 laps.

The most spectacular race however, is the time trial. The riders start as a team, where one of the two is the pacemaker for the other rider. The speed increases after two laps, and the third lap is the lap of the sprinter of the team. Remember, they don’t have breaks nor gears. The speed reached at this track varies between 65 and > 70 km/h!!

The elimination race is nerve wreaking (driven as a team or individually) where the last rider has to leave the race after 10 laps and then every six laps. At the end there is a sprint between the last two riders.

With a lot of fantastic riders, local and internationally, we were spoiled this year! Kenny De Ketele, Iljo Keisse, Elia Viviani, Mark Cavendish and Sir Bradley Wiggins are the most familiar names (even if you don’t know anything about cycling, right?).

And the winner of this year? Well, I don’t have to tell you if you know Mark Cavendish and Sir Bradley Wiggings raced together and everybody knew it was going to be Wiggins’ last race …  (tickets for 2017 you can find here)

and the 360 picture on google streetview:

see the complete album on