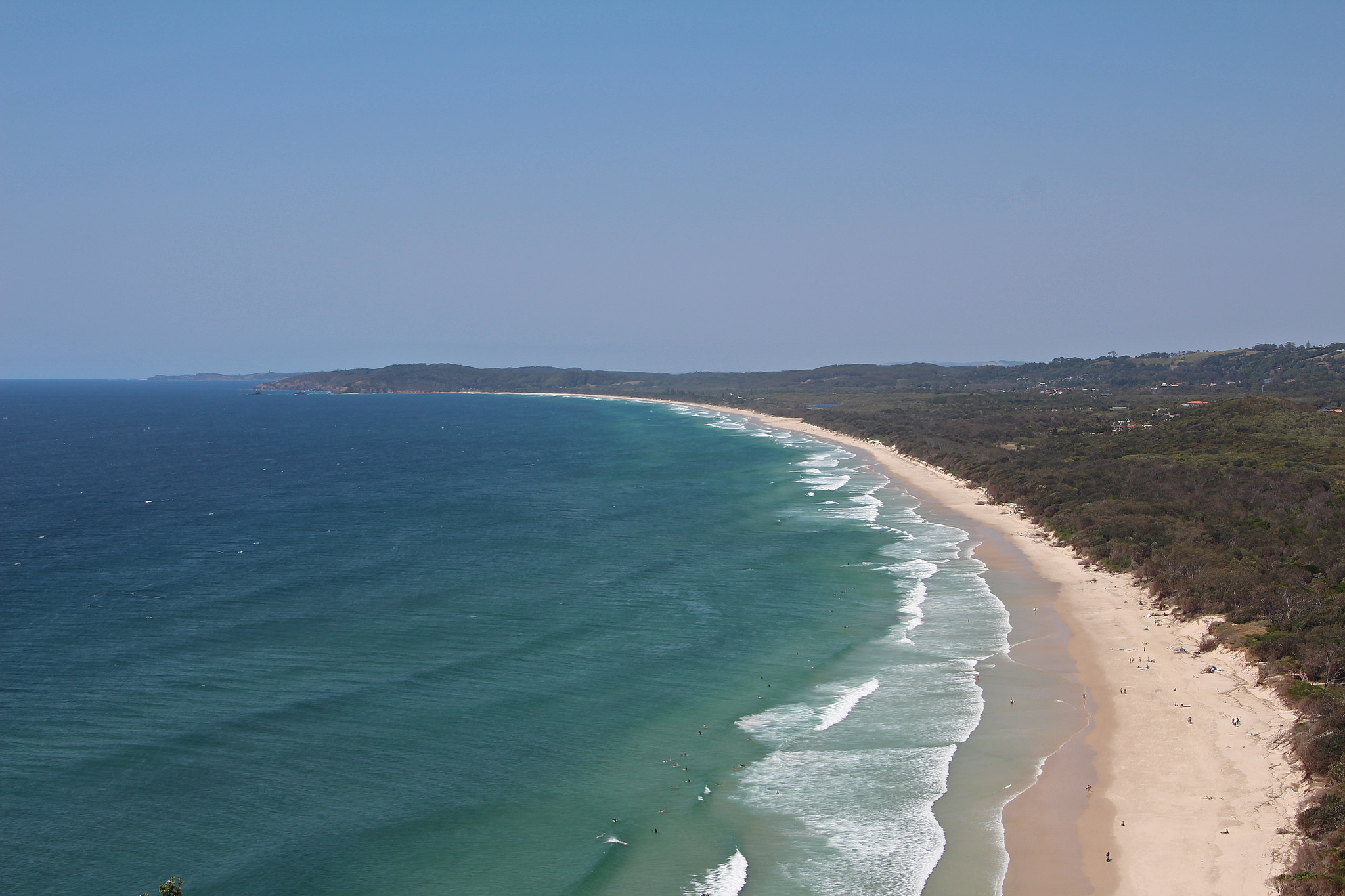 Coastal drive from Yeppoon to Sydney

We followed the coastal east coast drive from Yeppoon to Sydney, in the opposite direction most tourists drive.

Starting in Yeppoon may seem odd, but we came from a 3000 km drive through the Northern Territory and outback Queensland. Yeppoon is a small coastal town, with a nice beach that smelled tremendously (the algae were in the process of changing, kind of like a snake changing skins). The campsite next to the beach was a good place to stay though. Just a small ride from Yeppoon we stopped at Emu Park, to see the Singing Ship.

It is a memorial to commemorate the explorations of Captain Cook, the first European to set foot a shore of this gigantic land, in 1770. The exact place where his ship ‘landed’ is about 300 km south of Emu Park, with the very inspirational name Town of 1770… This town is rather posh, although there are some nice national parks around. On the way from Emu Park to Town of 1770 you’ll pass Gladstone. Just pass it, it is an ugly industrial town, but we found it very surprising to see a church made out of brick stones and real roof tiles again!

Bundaberg was a strange place to visit. First we visited the market – the biggest in the whole wide region according to the travel information we had … What a bummer! Selling dogs along the road apparently isn’t illegal, and the market was very disappointing. But we were at the place where the famous (perhaps only in Australia) Bundaberg beer is made. We know it for the best lemonade available in stores J We didn’t spot whales at Hervey Bay, but we did see the rare Indo-Pacific dolphins in Tin Can Bay. We didn’t pay to feed them, since that is incompatible with our idea of interaction with wild animals. The Sunshine coast starts at Noosa. A town with posh people but also has a very lovely national park with beautiful views over the coast and ocean! Actually, this coast line has so many well worth to visit places we won’t mention them all, along the beach and inland (Glass House Mountains). Till Brisbane we stopped a million times J (see previous post for more on Brisbane).

As always we tried to find places not mentioned in the travel guide. At Woodgate Beach, part of Burrum Heads National Park we had a fabulous beach drive (between Bundaberg and Hervey Bay). Coolum Beach is such a place, well worth a stay with a very nice beach! Along the Sunshine Coast we found Golden Beach, an easygoing coastal town with very nice views over Birdie Island on Moreton Bay.

Crossing the border of New South Wales in Tweed Heads also meant an hour more daylight, which was quite pleasant J By the way, we passed the Gold Coast in about half an hour, this must be the ugliest stretch of coastline of Australia … And it reminded us very much of the Belgian coastline.

The coastline of New South Wales is wonderful! Go off the highway, and explore the many little coastal towns, some of the most beautiful pics were taken on places we found ourselves 🙂

Byron Bay is probably the most fascinating coastal town in this region, however we found it a real bummer. It already started with a traffic jam to enter the town … The first jam in months! And this in a town of just a few thousands … Fascinating because of the hippie atmosphere still hanging around here. Lots of young backpackers touring around in a van probably find this heaven. And of course Byron Bay is a famous surf spot. It has some beautiful beaches and nature reserves, and the lighthouse is well preserved.

You might consider to walk to the top of Cape Byron, there is a car park closer to the top but you have to pay (a lot). Parking at the bottom is free and the walk is amazing. Look around and you light have a chance to spot a dolphin or even whales, and some wallabies in the bush J One of the most remarkable moments we experienced at Ballina. Watching a lot of dolphins playing around, we could have spent a whole day just doing that 🙂 and we were very lucky to see one up and close just a few meters from us – with a pelican flying above, have a look at the pic yourself …

There are so many places to stop, have a walk or just a quick look, like Lake Ainsworth, Lennox Head, Corindi Beach where we enjoyed a magnificent sunrise, … The jetty at Coffs Harbour is beautiful, although we were more distracted by the black cockatoos in the trees at the beach. The koala hospital in Port Macquarie was well worth the visit! Victims of car crashes, bush fires, … are treated here and released back in the wild if possible. Newcastle was the biggest town we’ve visited since Brisbane, with a very nice atmosphere and the oldest buildings we’ve seen so far here in Australia!

The history of Newcastle is a bit more vicious: the city was founded around the beginning of the 19th Century for convicts who couldn’t be handled in Sydney. Today it is the second largest city of NSW, after Sydney of course. And Newcastle is another town where mining plays an important role. This city leads the world export of coal. The production of steel stopped only a few years ago. The museum tells you all about it.

The city center has a very nice mall street, cars forbidden, tree-lined. The beach is okay, but not the best of Australia. The Customs House feels European, as does the train station. The Queens Wharf is a pleasant place, and from here it is only a minutes-ferry ride towards Stockton. It is amazing to stay at a caravan park, at the beach but still so close to a real city! And from Stockton Beach, the view over the Stockton Bight is just awesome! This is the largest dune system of the world …

Unfortunately the weather was a bit unpredictable, but inland NSW is just as beautiful and sometimes reminded us of Europe!