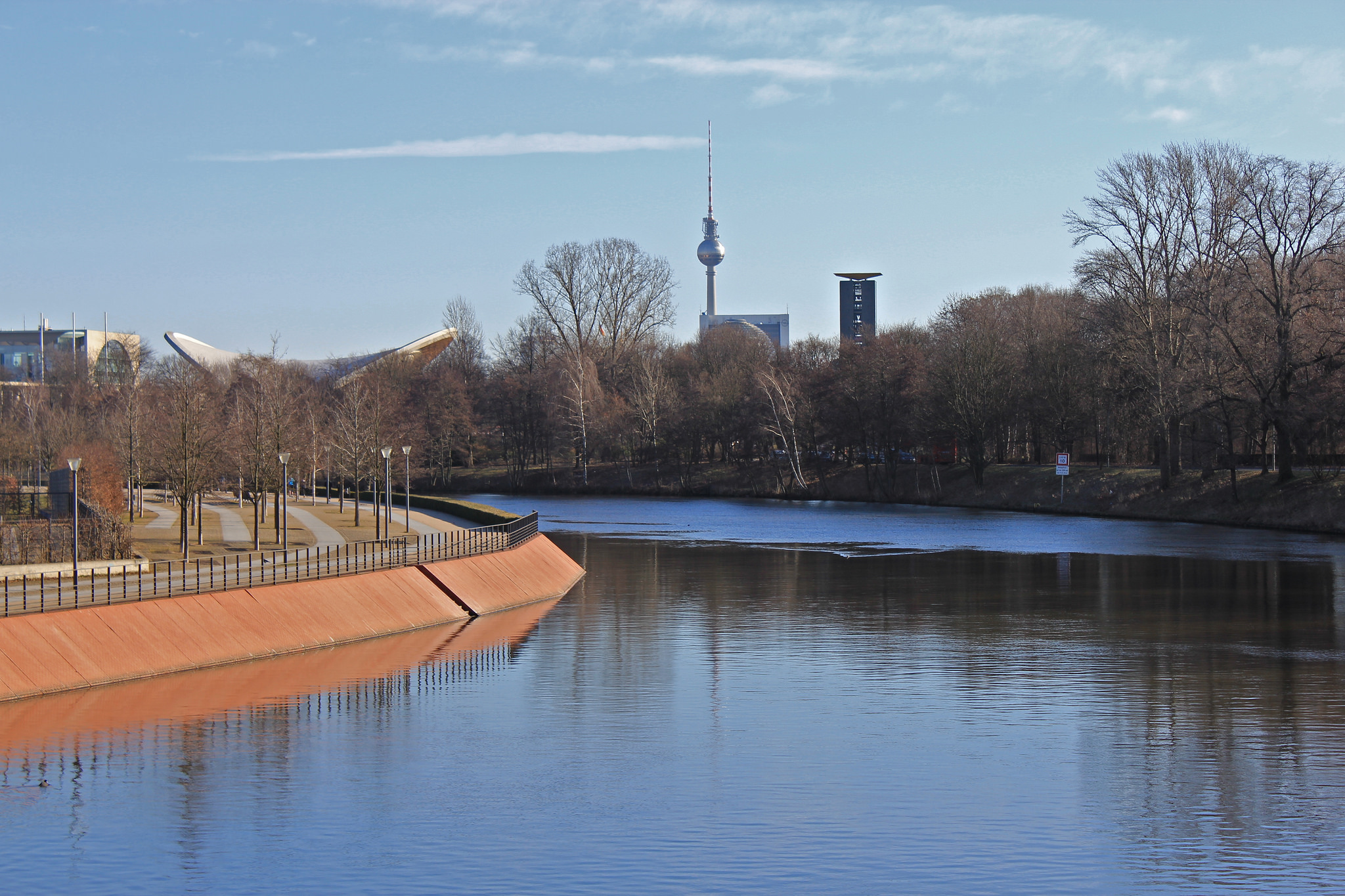 What were we thinking when we decided to go to Berlin in Winter? It turned out to be freezing cold, really freezing! But it was our first time to the capital of Germany, a capital with a huge historical meaning. We don’t remember much of that history from own experience, but being here makes you realize how life must have been during the Cold War.

Usually we don’t really go to the ‘touristy’ hot spots. But since this was our first time, we decided to give it a go. After all, touristy or not, these places are the most important ones in Berlin.

When flying in (to the main airport – still Tegel despite plans to use a new airport), there is a spectacular view over the city, with the distinct differences between East and West still visible. In the East – communist – everybody lived in the same appartement blocks, drove the same cars. In the streets you still see the old gaspipes (above the ground) and even the subway-system still reminds of the old days: the U-Bahn was the metro-system used in the West, the S-Bahn ran through East-Berlin. An interesting way of starting your visit to this city, is walking the route where the Wall once stood. This walk brings you to different parts of the city, and especially when it is your first visit, it gives a good overview of the most interesting places. Be sure to have a close look at the famous East Side Gallery (although there are other parts of the Wall still standing and far less touristic). One side of the Wall is painted, the most famous painting must be the one of Honecker and Brezhnev making out. Over the top but if you really want to, you can get your passport stamped here as well. You can do the same at Checkpoint Charlie, once a border-crossing point during the Cold War and the main entry point for visitors to East Berlin, now – to our feeling – a tourist trap.

If you want to experience how life was in those days, you should visit the DDR Museum (DDR is the abbreviation of Deutsche Demokratische Republik – East – Germany). Although small, this museum really takes you back in time.

Talking of museums: you should definitely take a look at the Museum Insel. On this island you will find 5 museums, and the Berliner Dom. The island is world heritage listed by UNESCO. Yes, this is an island in the middle of the city … It lays in the river Spree.

One of the museums we had a look at, was ‘The Kennedy’s’. President John F. Kennedy visited Berlin in June 1963. He saw with his own eyes the Wall which devided East and West. On this occasion, he spoke his most famous words: Ich bin ein Berliner. The museum gives an overview of the visit to Berlin, the meaning of it for it’s people and the rest of the world. Across Pariser Platz, the American Embassy is an impressive building.

Opposite the museum stands the giant Brandburger Tor (Gate). It was build between 1788 and 1791 commissioned by Friedrich Wilhelm II. On top of the gate, you see the Goddess of Victory. Through the gate you can see Tiergarten, Unter den Linden and the Siegessäule (more information on those attractions: previous blogpost Berlin in Autumn).

During the 60’s till late ’80’s, people could have a look at East-Berlin, behind the wall, from a platform. The Wall was build just behind the Brandburger Tor…

Also around the Gate, we visited the Denkmal für die ermordeten Juden Europas. The monument is dedicated to the Jewish victims of the Holocaust, and was completed only in 2005. You can walk through and around the concrete slabs and although it is a very abstract monument, it makes one think about the cruelty that is still going on today in the world. One shall never forget. The (new) Jewish Museum is another place where you are reminded of that same horror but it also gives an insight in the Jewish history. And the architecture of the building is also well worth the visit.

Tips for a visit in Winter to Berlin:

check the pictures on