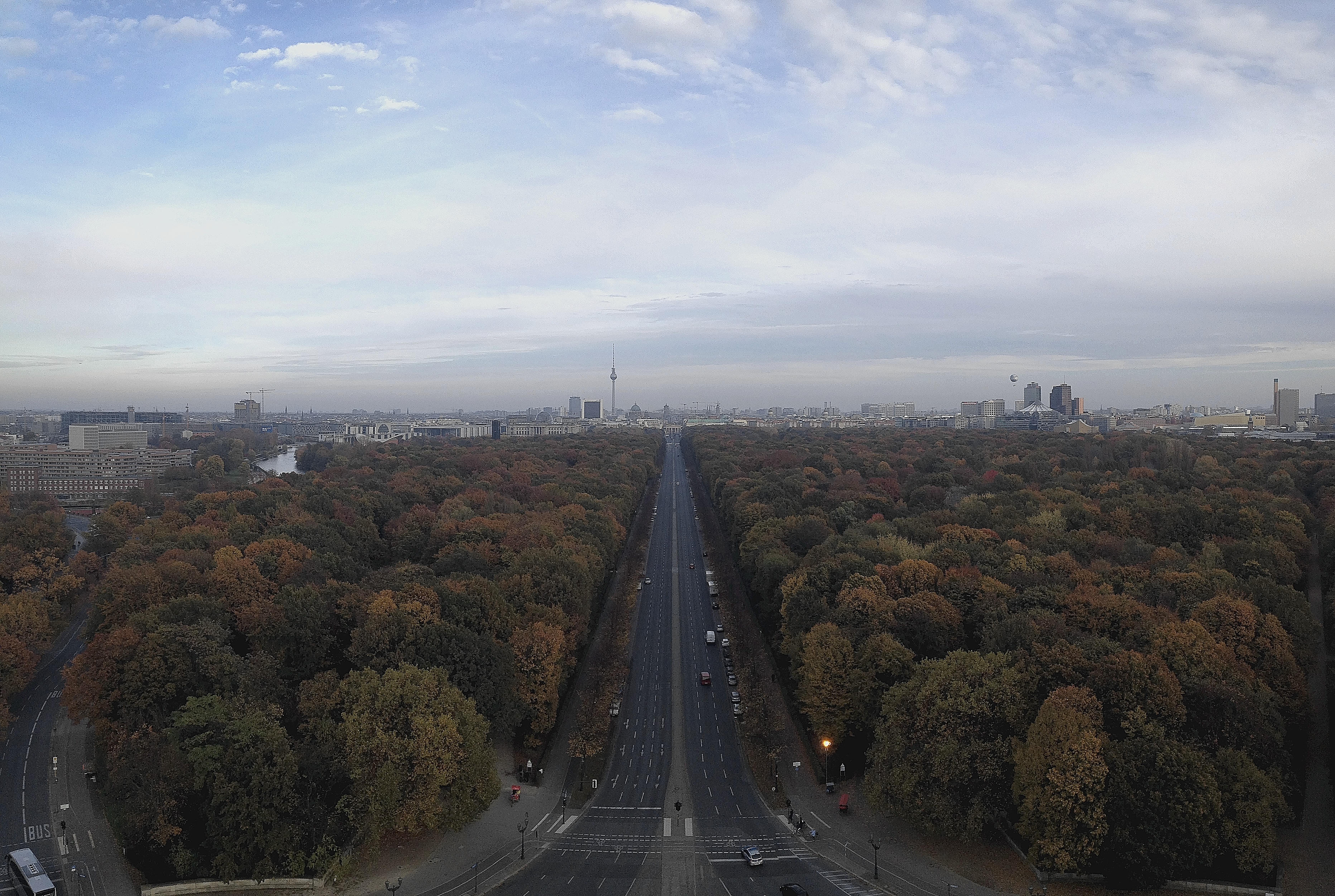 Berlin, November 2014. 25 years after the fall of the Wall. You can still feel and see differences between former West and former East-Berlin but there is also a vibrant atmosphere in the German capital which we love. We started our third visit with an alternative walk through Kreuzberg and parts of eastern Berlin. Since Berlin is an alternative city anyway, this means we’re joining a guided tour which doesn’t cover the touristic highlights, but gives you a glance on how Berliners live. A lot of street art, places no tourist would go to, stories about people who live here, examples of gentrification, …

A rather strange place to visit, but definitely worth it, is Haus Schwarzenberg. Go through the gates, to have a look at this fascinating place. During the Second World War there was a working place for disabled and blind people, now it must be the most alternative place with a lot of streetart in touristic Berlin. It is just a few houses next to Hakeschen Höfe, which is home to a lot of small shops.

Going up always gives you another view off a city, it learns you how a city is built, how green a city can be. And trust us, Berlin must be one of the capitals with the most green spaces in the world! The hotel Park Inn is a good place to start, situated at Alexanderplatz. You can go up to the 37th floor for a nice lookout. You can even jump of the building … For a panoramic view the Fernsehturm is a winner. Not that cheap, so only go up on a bright day. The elevator is an attraction (I can say this, since I’m scared to death in elevators, see the movie here) and the view is magnificent! The tower itself is 308 meters high, built in the late 60’s in then East-Berlin. Panoramapunkt at the Kollhoff-Tower at Potzdamer Platz is also nice, not so high but with other views. It is said to have the fastest elevator of Europe (lucky me 🙂 ). The Siegessäule (Victory Column) right opposite the Brandenburger Tor has a lot of stairs, but the view is beautiful! The column was built in 1865 to commemorate the victory of Prussia over the Danish. It now stands in the middle of the park Tiergarten, but it originally stood before the parliament. The nazi’s however thought this was a better place for the monument. On top there is a statue of Victoria. After the Second World War, the French wanted to dismantle the column, but their plan failed. There is a lot to discover in Berlin, we have already seen a lot so we decided to take the train to Potsdam. The capital of Brandenburg. Population 300,000. Home of Park Sanssouci (French for ‘without worries’), World Heritage Listed.
The park is huge, with several castles and a lot of statues (all covered for the Winter). Only imagine how Ladies with crinolines and fancy umbrellas must have walked here … Schloss Sanssouci, was the first palace built in 1748. The other buildings, such as Neues Palast and the Orangerie, were build later.

The city itself is a nice town to stroll around and have a look at the Holländisches Viertel (with houses in red bricks, just as the old houses in The Netherlands), the small version of the Brandenburger Tor, the Nikolai Kirche and the parliament.

To end our visit we had a look at the new shopping mall Bikini Berlin, very close to the shopping street Kurfürstendam. It is, typical Berlin, a rather alternative mall, with boxes for pop-ups and a terrace with a view on the zoo.
The Kaiser-Wilhelm-Gedächtnisskirche stands between all this, as a rare reminder of the past and the horror called war. The church was heavily bombed during the Second World War.

Berlin is a city with a rich history, since we’ve here twice before, there is a lot more we can tell. So keep an eye open for the next blogposts!

see the complete Berlin album on