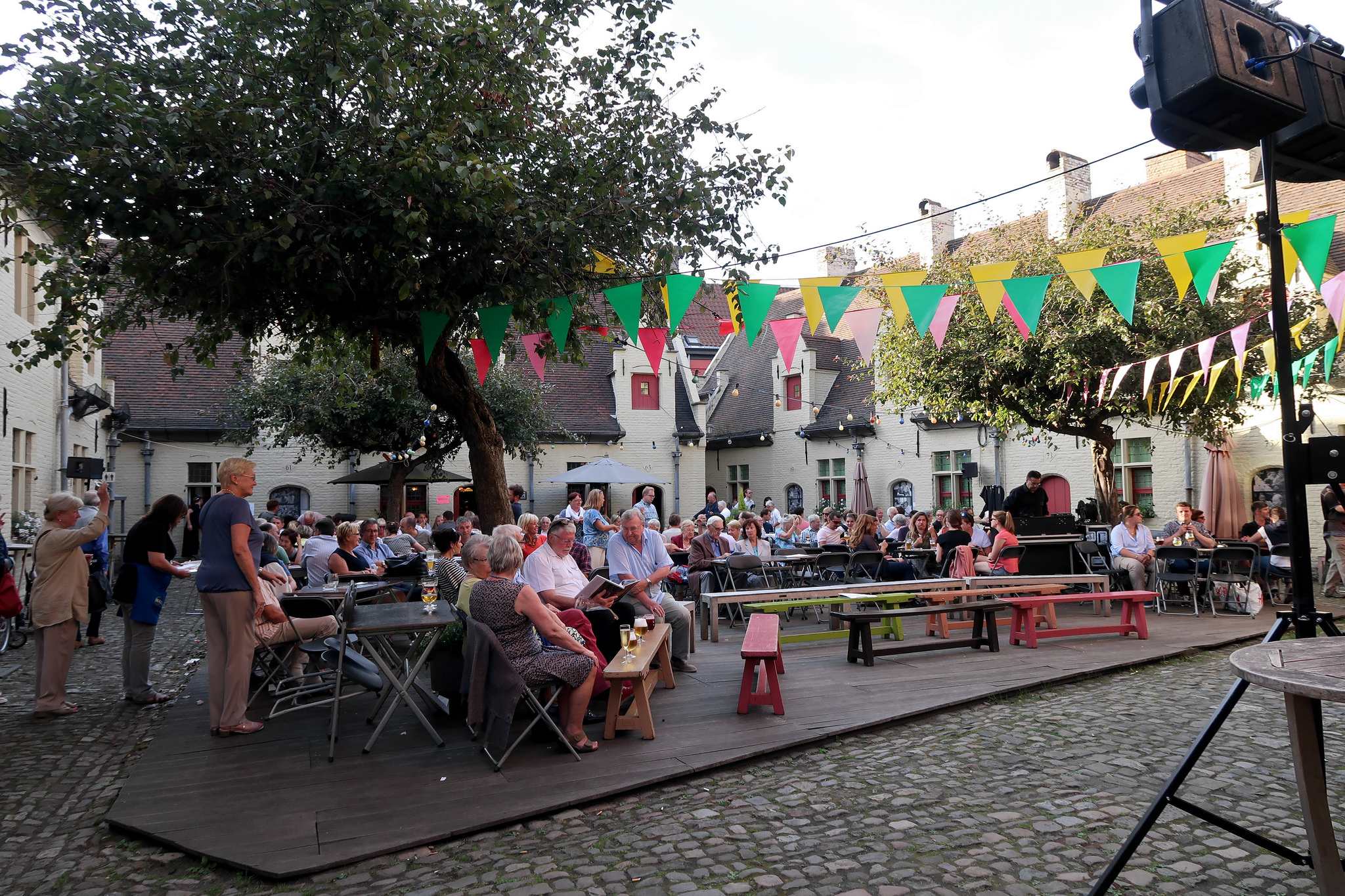 In July we had our world famous City Festival Gentse Feesten. In August a small but old part of the city comes alive again for the ‘Patersholfeesten’.

This quarter has a history in its own, dating back to the 10th Century. The street names all refer to some point in that rich history. For more information, you can check the internet 🙂 Nowadays Patershol is mostly known for the many restaurants.

The festivities are an expression of the strong social cohesion between the inhabitants of this small community: Patershol consists of only a dozen streets …The real start of the festival is proclaimed by the heralds. In this setting you are brought back to the middle ages in no time! And if that’s not enough folklore, you should try the one and only ‘gestreken mastel’! The bun is a typical Ghentian brioche with cinnamon and a hole in the middle. The other ingredients you need are brown sugar, butter, foil and an ironer. Yes indeed! The brown sugar and the butter belong in the bun, the foil around it, and the ironer on top. The result is a delicious, hot but flat brioche! And of course there are a lot of gigs of small bands, appropriate for these small streets 😉

A new tradition since just a few years is another street festival: 123 Piano. Six pianos, six locations in the city. Ghent doesn’t need more to bring people together and enjoy music brought by people passing by. And the best thing of all? It’s for free! Practice your skills till the end of September, or come to Ghent next year!

see the Ghent August album on