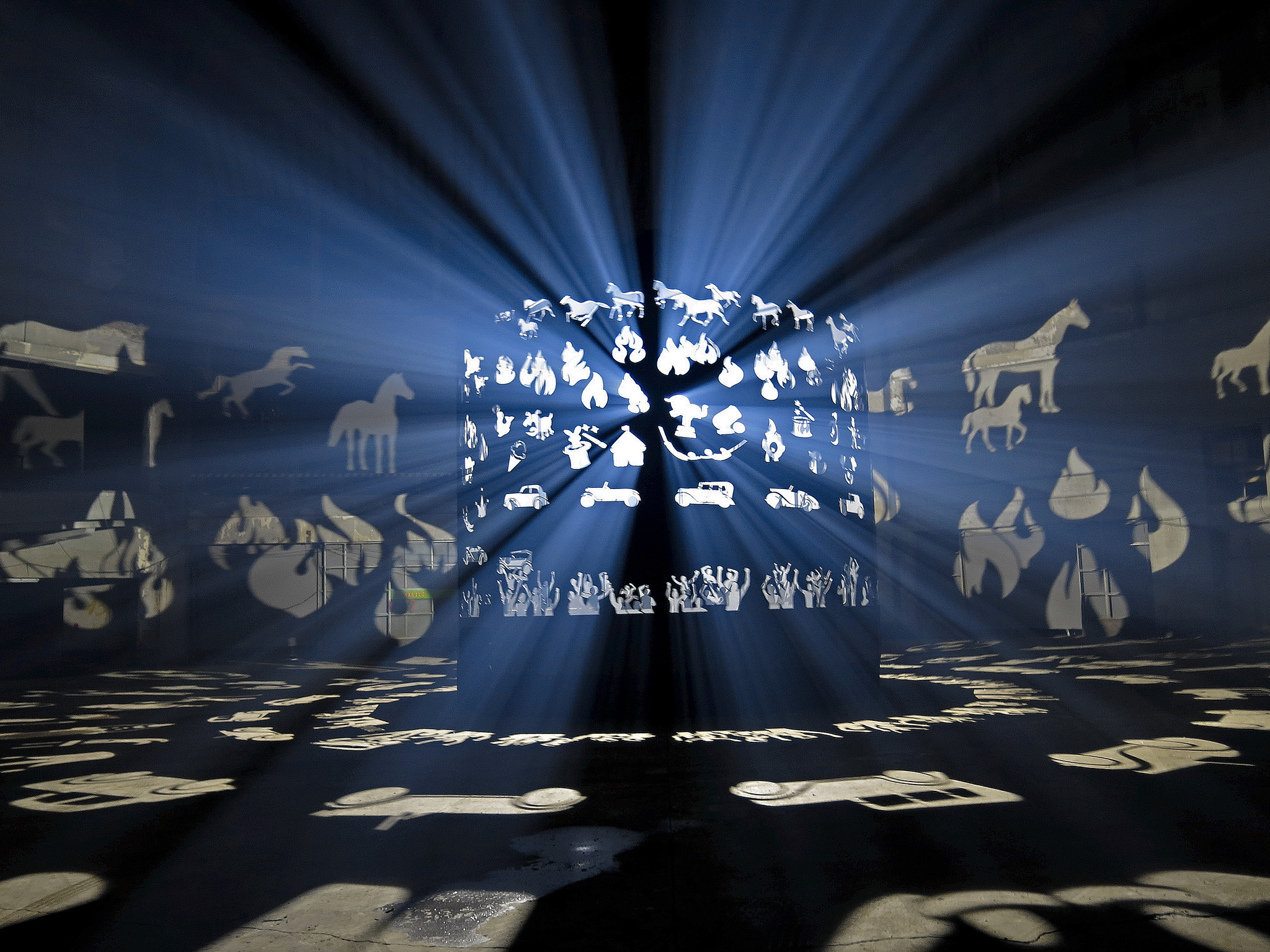 Bringing some light in the city … From the 29th of January till the 1st of February, the third edition of the Ghent Light Festival took place. During four days, our city was enlightened with creative, magical, funny light installations. Because we now live in the city center, we visited the festival every day and could avoid too crowded places. Every time, the festival gets more popular, attracting more visitors than the city can cope (this year over 600000 visitors, population of Ghent: 250000). Although the organisation tried to lead the people along a 5 km track, avoiding (mostly) the narrow streets of the center by passing larger streets and big squares. This worked quite well, compared to the previous editions that were crazy (you could literally stand still for hours waiting in a queue, or couldn’t move because all the installations where in the center very close to each other, see the pictures here). However, we would like to suggest to spread the event over more than one weekend. Now it takes place during four days, and it’s easy to predict when you don’t have to come if you don’t like the mass.

lightfestival 2015 Ghent from Travel for Motion on Vimeo.

Anyway, despite the cold and sometimes icy rain, we enjoyed the Light Festival and were amazed to sea our city from another perspective. Enjoy the pictures! See the full album on