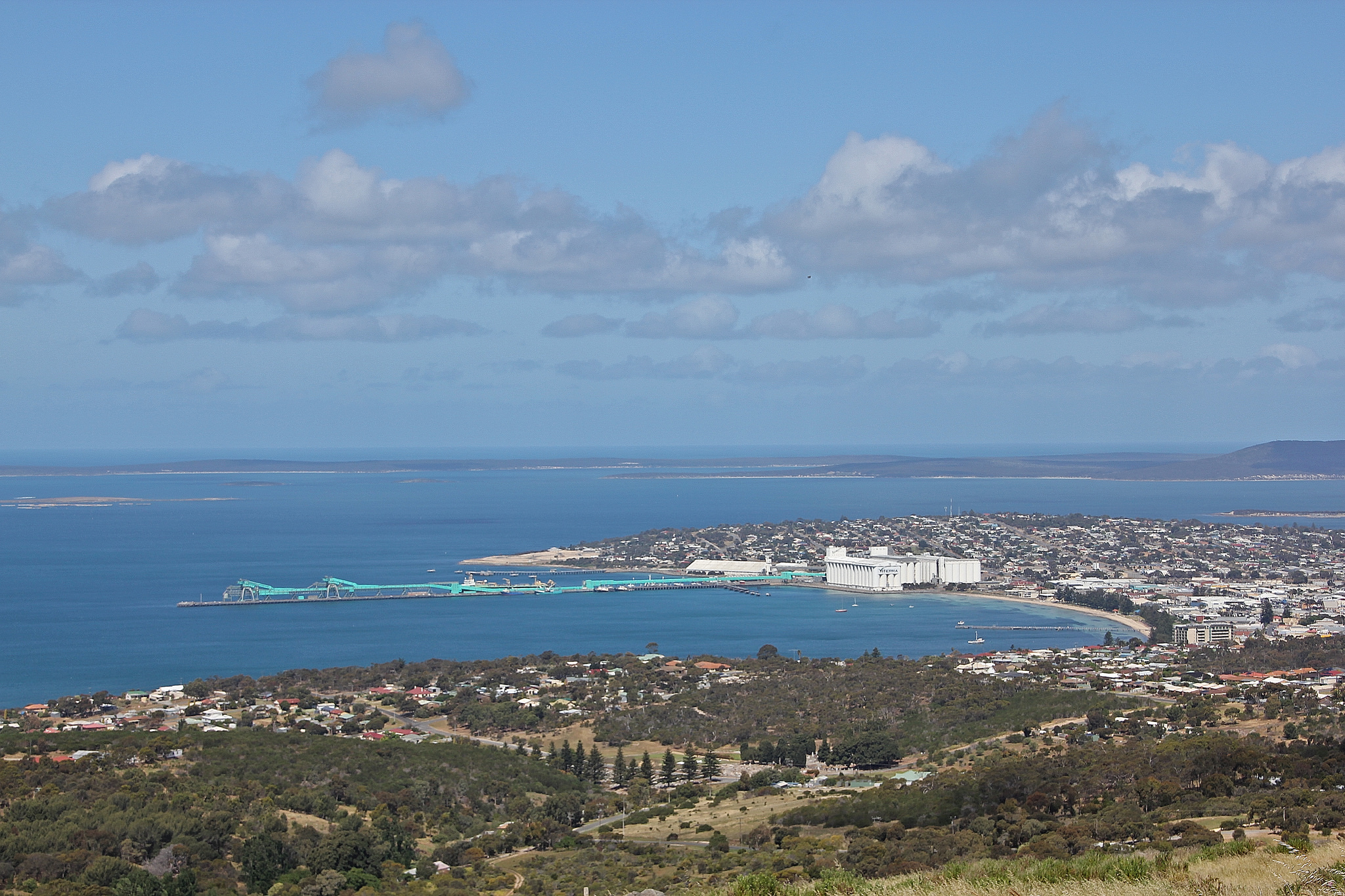 We travelled around the Eyre Peninsula (South Australia) back in 2012, but till today we have the best memories about that trip! To get there, we drove from Adelaide inland to Port Pirie. Nothing fabulous about this city, but it is home to the worlds largest lead smelter (Nyrstar). From Port Pirie, the highway takes you further north. On our way to Port Augusta we stopped at one of the two parks along the highway: there is Winninowie Conservation Park at the left, and Mount Remarkable National Park at the right. Perhaps because it sounded more promising, we visited Mount Remarkable NP. It is a nice park, with beautiful vistas as far as to the sea. We also believe we saw the protected yellow-footed rock-wallabies J Even if you don’t see them, there is enough wildlife to enjoy!

We stayed at Port Augusta for the night, which is ok to refresh and replenish. Do keep in mind there aren’t many big towns at the Peninsula … Now we really entered the Peninsula. We followed the B100 to Whyalla, about an hour from Port Augusta. Again, not a very attractive city, just like Port Pirie the industry (steel) is very important in this region. Both cities started developing as soon as iron was discovered. Another important stimulus for the development of Whyalla was, ironically, World War II. The Royal Australian Navy was in need of patrol ships, which could be build in Whyalla. With the opening of an important water pipe line, the city could grow further, not only in terms of population but also in terms of industrial activity – both steelwork and ship construction. The Whyalla Shipyards had to close down in 1978 but the steelwork plant is still in action. After our stop in Whyalla, we continued our journey to the south, and couldn’t resist stopping at several beaches along the road. You could drive to Port Lincoln in about 3 hours, or it can you 3 days … This region is beautiful!

But the best was yet to come. Port Lincoln was our hub to explore two national parks: Lincoln National Park and Coffin Bay NP. The town isn’t the most pretty of Australia, huge silos in the bay pollute the view heavily. But they are very important for the grain farmers and industry. When you drive around the town, you will also find strange constructions in the water, even close to shore. These are ‘Tuna farms’ where the Southern Bluefin Tuna is farmed, whether it is for conservation reasons or for the big money is questionable. But if you like, there are several companies who let you swim with these big fishes.

We weren’t here for the grain, nor for the tuna, but for the national parks. Lincoln NP is about 13 km from the town, Coffin Bay NP about 50 km to the west of Port Lincoln. They both offer spectacular vistas, abandoned beaches, dunes, wildlife, … However, we liked Coffin Bay more. Be careful when driving into the park, the 4×4 tracks are two-way but so small and dangerous, we almost had an accident when two foolish men drove way to fast in our direction … Tip: the pizza in the small village just before the park was delicious (and the view over the pristine harbour with dozens of pelicans unique)! Check the pictures and you’ll know why we loved it here! After some days hanging around the southern tip of Eyre Peninsula, we drove throughout north towards the Gawler Ranges. You’ll read more about that adventure in the next post.