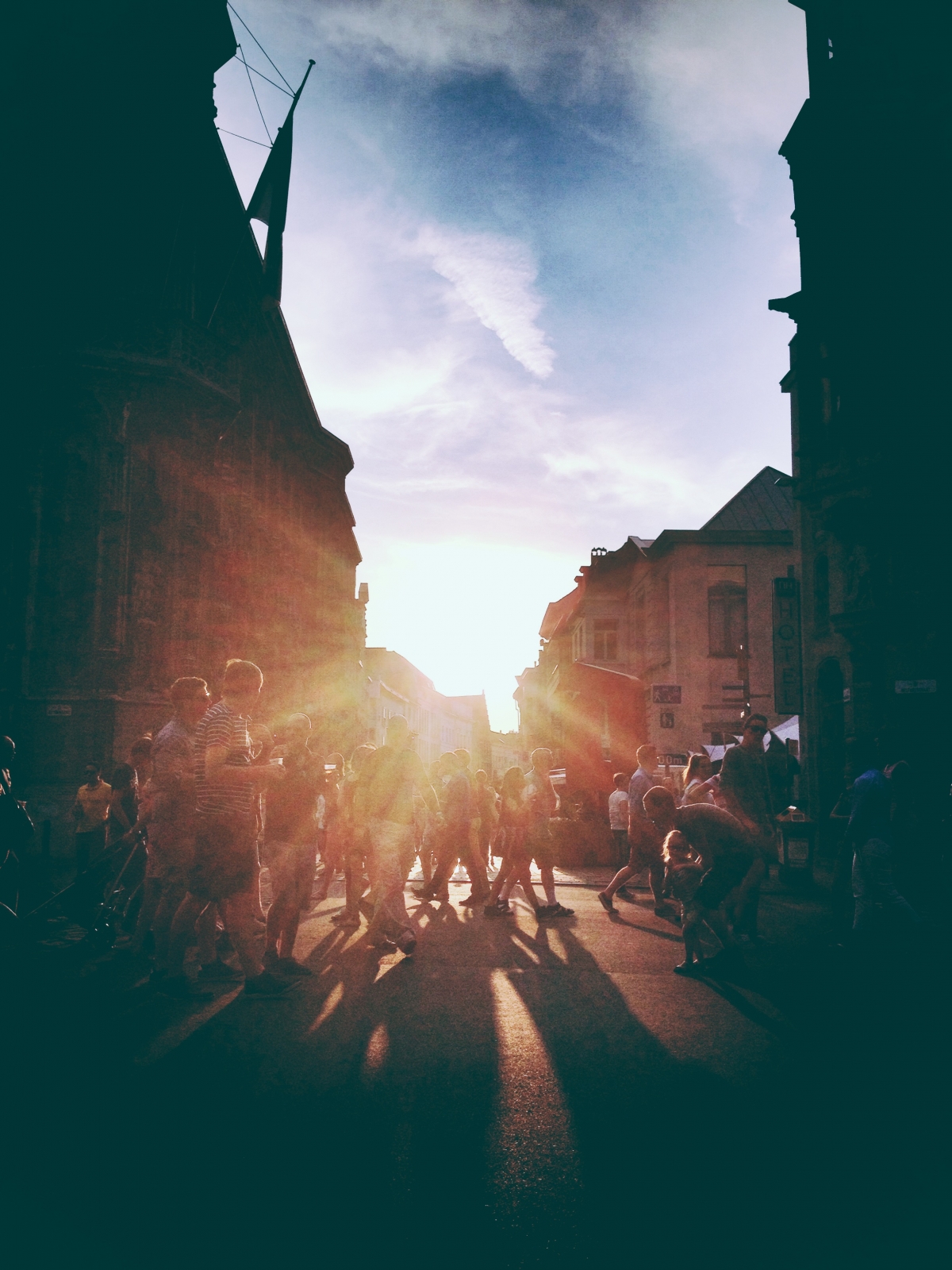 It was a a pretty long time ago since we last went to the ‘Gentse Feesten’, but now we live in Ghent, so it was the perfect opportunity to experience the festival every day. The 10 day city festival is actually the 3th biggest in Europe. This year the weather was almost perfect (which hasn’t been the case the last years). The festival started one day earlier, on Friday 18 July (instead of Saturday) and ended one day earlier, on Sunday 27 July (instead of Monday).

On the first day (Friday) there was the “unofficial” procession to celebrate the start of the festival. There also was a celebration for one of the most important people of the festival, Walter De Buck. Thanks to this man we have this festival again each year, it was nearly dead in the 50’s, but Walter revived it in the 60’s. The second day (Saturday) the official procession took place. We didn’t want to stand in the crowd to see it all. So what better place than from above at the Belfry (as a citizen of Ghent there was a free entrance to the Belfry during the festival)!

On Sunday morning we strolled down the market at the Ajuinlui (found a great book, see a future blogpost).  Sunday evening it was time for the great fireworks at Portus Ganda with a music composition of Sioen, singer-songwriter from Ghent.

From Monday till Thursday we’ve visited the different locations where festivities where going on. From Boomtown Festival, the DOK’s where they futured a new kind of hotel (http://www.dezeen.com/2014/07/24/b-and-bee-camping-concept-stackable-sleep-cells-festivals/), Miramoro where people made a new tower with cardboard boxes and Polé Polé. And watched a few great street artists. On Friday (25/7) we wanted to see the Keizer Karel historic procession. Found a good spot in the big crowd of people. This procession basically tells the history of Ghent, on which we are proud! Charles V imposed a tax on the city around 1540, but the Ghentians refused to pay. As a sanction the regents had to walk around in with a rope around there neck, as a way to ask for forgiveness.

The last weekend (26 and 27 July) we ended up just walking around, enjoying the atmosphere. Hope you enjoyed it as much as we did!

Fireworks #gf14 from Travel for Motion on Vimeo.