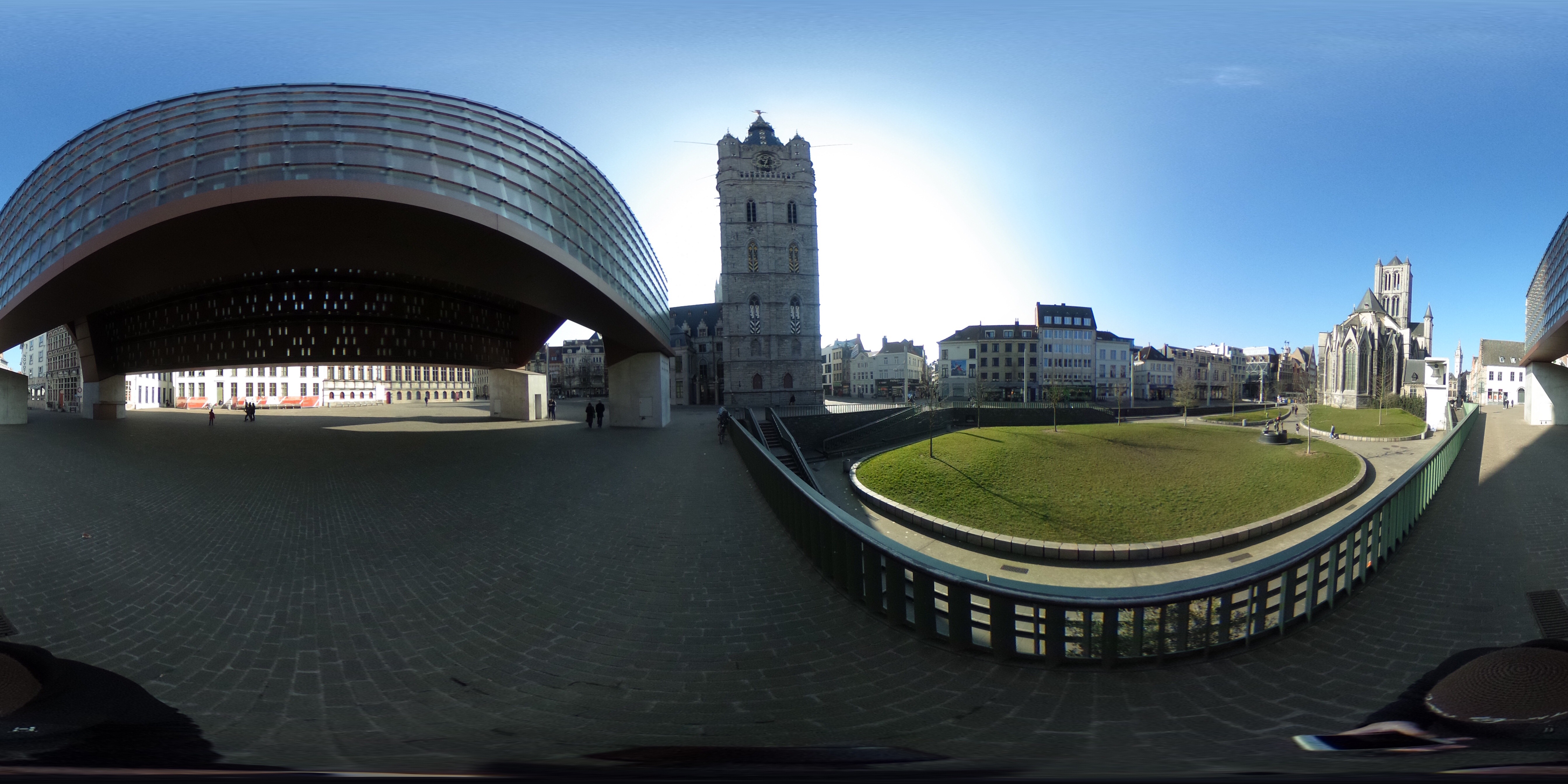 Since a few months I saw videos and pictures in 360 format coming up on my Facebook timeline or on YouTube. I discovered a 360 video app on Apple tv (littlstar also available for iOS and Android phones) and I was triggered to find out the many possibilities of this format. First things first: how do you make those 360 pictures/videos? The search began with finding out the hardware that can produce this format. The things I found weren’t totally new: in 2015 I already read some articles on some new gadget stuff that was coming out, but at that time the quality was poor and the price was overrated. However seeing all the things on my timeline on Facebook and watching 360 video blogs on YouTube, this triggered me to find out if the hardware was already in the next fase. And yes, it is! After reading some tests, looking for examples of the quality and actually having a 360 camera in my hand (thanks to the Imaging Days in Brussels), I was convinced by the quality of the photographs. You still don’t have that much choice in cameras (early adopters fase).

To name the 360 hardware you can buy in Belgium:

You can of course buy other cameras online (which you can import), for example: Sphericam, Panono, Bublcam , v360, Giroptic, Kogeto

After a thorough search and keeping in mind the not so big budget, the Ricoh Theta S came out as the number one for me. The positive points of the Ricoh Theta S:

The negative points of the Ricoh Theta S:

first video test from the boat (click in the video to get another perspective):

first picture test inside the train station of Ghent (click in the picture to get another perspective):

from high above the city (Belfry Ghent)

low light condition (at the fair)