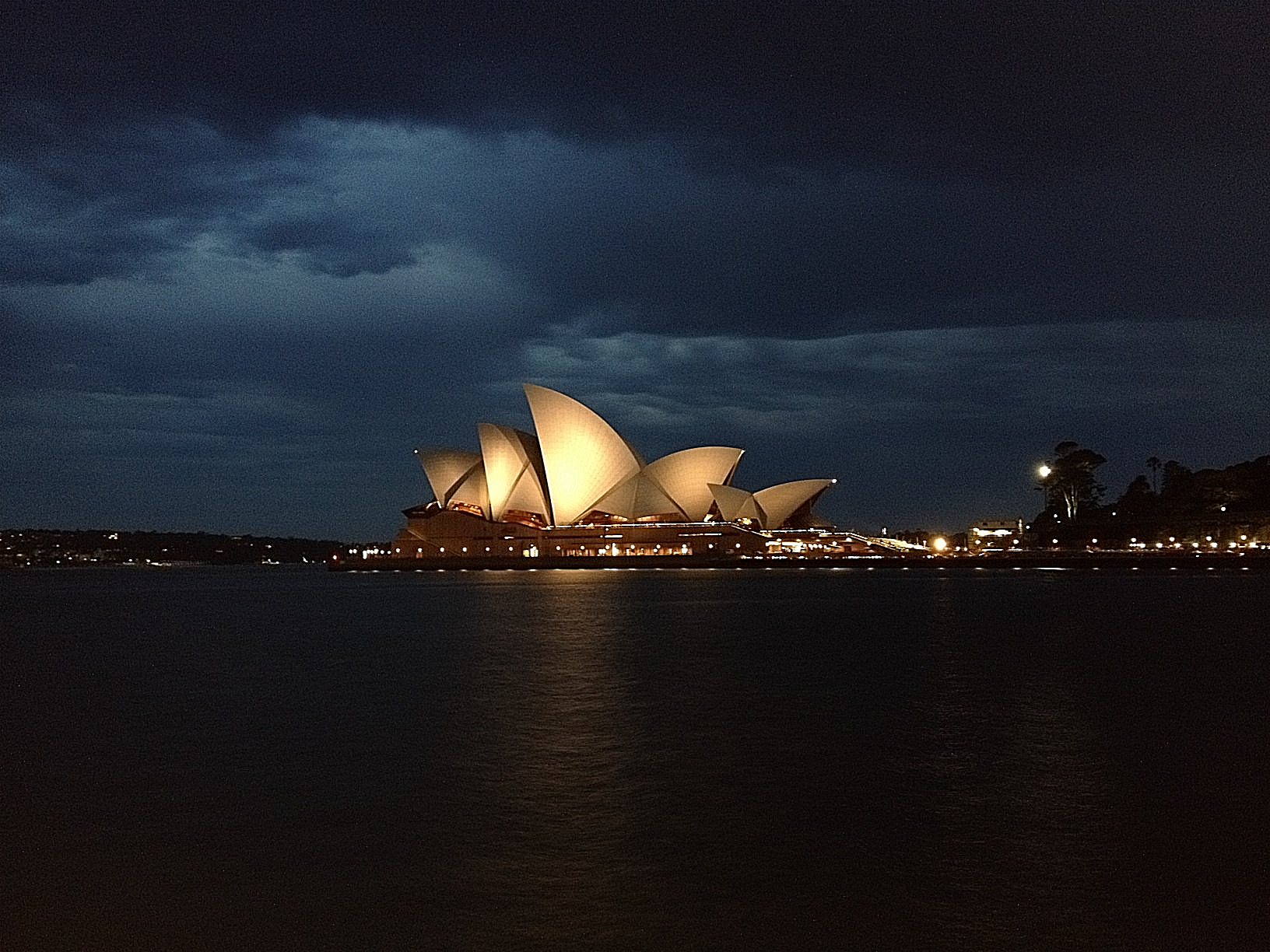 We could write a love letter to Sydney. We really could. It was love at first sight. Let us explain why.

First of all, Sydney is not the capital of Australia! That’s Canberra. At one point in history, colonial delegations had to decide which city should become the nation’s capital. The rivalry between Melbourne and Sydney supposedly stems from that period, although this is said to be a myth. However, there is definitely a battle between the two state capitals and it goes a bit nuts – the one has more rain than the other, the one has beaches, the other has more museums, … It is true, there are differences, but hey … luckily we aren’t all the same.

A brief history: Sydney was erected in 1788 by convicts from the ‘mother land’ England. It was meant to be a jail. The Aborigines, which have lived here for over 50,000 years, soon decimated because of diseases the Europeans brought with them. Back in those days, The Rocks, today a pleasant quarter near the harbour, was home for the convicts and sailors. Until the 20th century, it stayed a rough neighborhood. From 1840, only free settlers arrived in Sydney, and in 1842, the City of Sydney was established. From that time till now, it is a haven for emigrants. The Town Hall dates from the late 19th Century, and is built from sandstone. It does remind you of old European buildings, which to us are very normal, but in Australia rather rare. Opposite the Town Hall, you’ll find St Andrew’s Cathedral, founded in 1819 making it the oldest cathedral of Australia. Also in the same vicinity, the Queen Victoria Building marks the place where the Sydney markets once took place. The building dates from 1898, at first it was a concert hall and housed small shops. Over the years, the destination of the building changed a few times, and it even was in danger if being destructed. Today, Queen Victoria guards the shoppers of this beautiful 6-level mall with small stores and shops of big chains. But Sydney has a lot more to offer besides shops. Culture and nature go hand in hand in this city. A fine example of this, is the Botanic Garden (full name: Royal Botanic Gardens and Domain). The Garden was established in 1816, but the convicts could only dream of walking here. It is only 15 years later that the Garden opens to the public. Part of the Domain once was of particular interest for the Aborigine people, as a food gathering and ceremonial ground. We find the easiest way to start at the top (city side), because this walk goes down. And the views are spectacular walking towards the harbour. One of the first governors also knew this. Check out Macquarie’s Chair for a magnificent view over the harbour. If you want a break from all the green, make sure to stop at the Art Gallery of New South Wales. It is a large museum with fine art (indigenous, modern, European old masters, Australian), but also with beautiful views over the area. The State Library is at the top of the Garden, the Government House is more towards the harbour. It is the official residence of the Governor of NSW, but it can be visited by the public.

When you walk further, whether through the park or along the water, you will end up at the Opera House. The building is an iconic landmark, anyone in the world seeing a picture of it will know

this stands in Sydney (or at least in Australia). The creation started in 1956, when the NSW government held an international competition for designs. The Danish architect Utzon got the job, but the House was finished by his successor Hall in 1973. The building was controversial, both in terms of the concept as in terms of the budget. Anyway, since 2007 the Opera House is UNESCO World Heritage Listed.

At the other side of the Opera House you’ll find that other iconic landmark: the Harbour Bridge. You can easily walk around the harbour along Circular Quay, the main intersection point for all public transport in and around Sydney (bus, train, ferry). We found the history of the Bridge quite fascinating. The first plans for the Bridge date from around 1900. Eventually it lasted till 1924 before the construction really started. Just imagine how they must have built this in that time … It took 1,400 men about 8 years to complete the Bridge. ‘Only’ 16 constructors lost their live, a lot of people had to relocate because the Bridge stood in the way (or the other way round). There are 8 traffic lanes and 2 rail lines connecting the north and the south. Nowadays, you can climb the Bridge, which is a very popular (and expensive) attraction. No worries, one is attached to the Bridge, and the climb is monitored all the way to the top (134 metres above sea level). For those who don’t want to spend a crazy lot of money, or who suffer a fear of heights, there is the Pylon Lookout. Much less expensive, a lot of stairs to climb, but a magnificent view over the harbour, the Opera House, Sydney CBD and the Bridge is your reward.

To see all of Sydney, you really need a couple of days! At the other side of the Bridge, there is more to see … When you walk across the Bridge, or take a ferry, you can have some fun at the Lunapark (first opened in 1935!). By the way, this is still on our bucket list (for more bucket list items, see part II of the blogpost on Sydney). Literally on the other side of the Bridge there is a park with a curious but very interesting building: the Sydney Observatory. Nice views, both close by and far far away 😉

Going back to the city center, there are some more sightings: be sure to have a look at Angels Place. No, no interesting building here, nor a park or a statue, but bird cages. Be mesmerized by the sounds and the look in the sky (especially at sunset there is a very special light). From there a 15-minute walk takes you to Darling Harbour. Nothing special here, although we found it astonishing to realize how much water flows in Sydney. And at Christmas, you are welcomed by lots of Santa’s. Going back into town, Hyde Park is just a short stroll away. It is the oldest park of … Australia. And it is huge! At the south-end (city) there are a lot of statues and the St Mary’s Church. The ANZAC War Memorial can be found at the north-end of the park. At first, this monument only commemorated the men fallen during the First World War, however since 1984, all men and women are remembered at this memorial monument. It seems there is always something going on in Hyde Park. The first time we were there, the Arts and About Festival took place, with giant pictures hanging around the park. Also around that period, a lot of statues celebrated Carnival. And the last time, there was a beautiful light show at the church (also some other places in town). And this wasn’t even part of Vivid Sydney (also on our still-to-do-list), wauw!

And if you still don’t have sour feet, you can go to Kings Cross and Paddington, two alternative but pleasant boroughs about 10 minutes (by foot) away from Hyde Park.

And yes, there is a Belgian Beer Café too 🙂

Hope you enjoyed reading this epistle (and still there is more to see …), more to come in Part II!

Some interesting articles about Sydney: