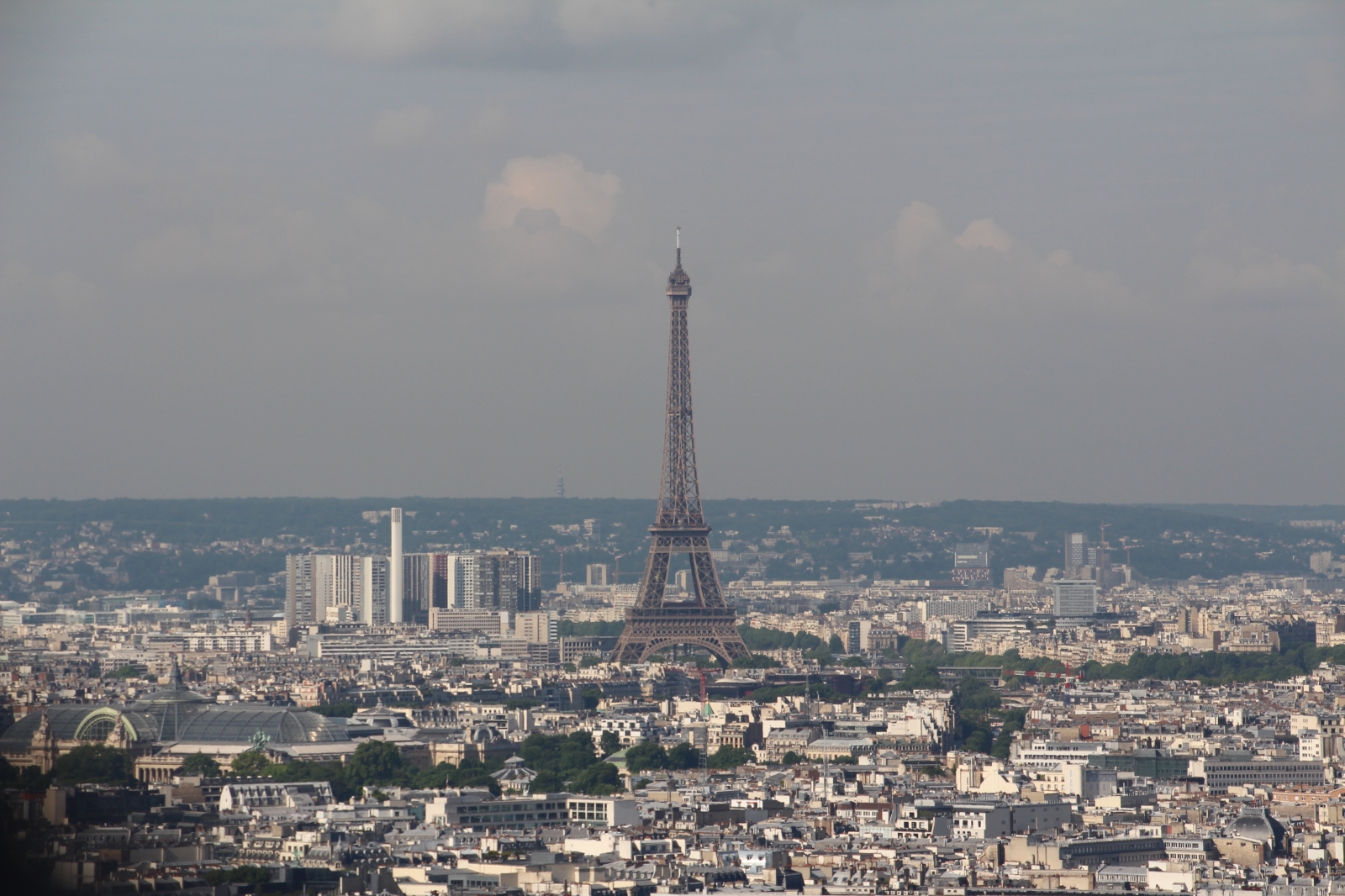 Paris, the capital of France, is just 300 km from our place. We went by bus, not the fastest, but still the cheapest option if you only decide a few days ahead to go.

We arrived just outside the city center, and decided to go to Père-Lachaise first. This cemetery is known for all the famous people buried here. We found the graves of Chopin and Jim Morrisson, but you could spent hours here. If you aren’t looking for anyone in particular, just have a walk around, most of the graves are well worth a look and are real monuments.

Another place you should go to and have a look is the Place des Vosges. The oldest square of Paris, built in the 17th Century. It is surrounded by 39 similar brick houses. Victor Hugo, a very important French autor, lived here.

Centre Pompidou is a special building with an unusual architecture. It is an art centre, library and convention center. The square in front is nice to hang around and check out the artists doing their thing. We walked all the way to the city hall of Paris, built in the 16th Century, a beautiful building, just a few meters from the Seine, the river that crosses the city. Walking along the Seine and the bridges (and checking out the huge amount of locks at the Pont de l’Archeveche) we ended up at The Louvre, the most famous museum off the world, Mona Lisa just keeps on smiling 🙂 Make sure to go to the Tuileries, a very nice city garden, you could sit here for hours (which we did the last day).

The next day we visited the Sacré-Coeur. You can go all the way up to have a very nice view over the city (tip: be early, that’s how you avoid the crowds). The white Cathedral is an iconic monument in Paris, and the atmosphere around it is very gentle. If you fancy paintings and drawings, you should have a walk at Mont Martre, where artists won’t stop asking to draw or paint you (didn’t ask for prices though 😉 ). When you walk around here, be prepared for steps and climbs! It goes up and down all the time… Another must-see in Paris is the Notre-Dame at the Île de la Cité ( hunchback of the Notre-Dame, Victor Hugo). Many tourists think the same, the row was endless to go inside, but just looking around is also worth while.

We ended the day with a nice sunset at the Eiffel Tower.

We ended our visit to Paris with a morning walk along the Champs-Elysées and a visit to the craziest roundabout in the world! L’Arc de Triomphe was built in the 19th Century to celebrate the victories of Napoleon, today it commemorates the fallen soldiers of the Great War and World War II. La Défence is the modern counter part of the Arche.

We walked for hours in Paris, and yes, we visited all the must-sees. But it was our first time together in Paris, and it was just lovely!

A few tips if you go to Paris:

See the pictures on: