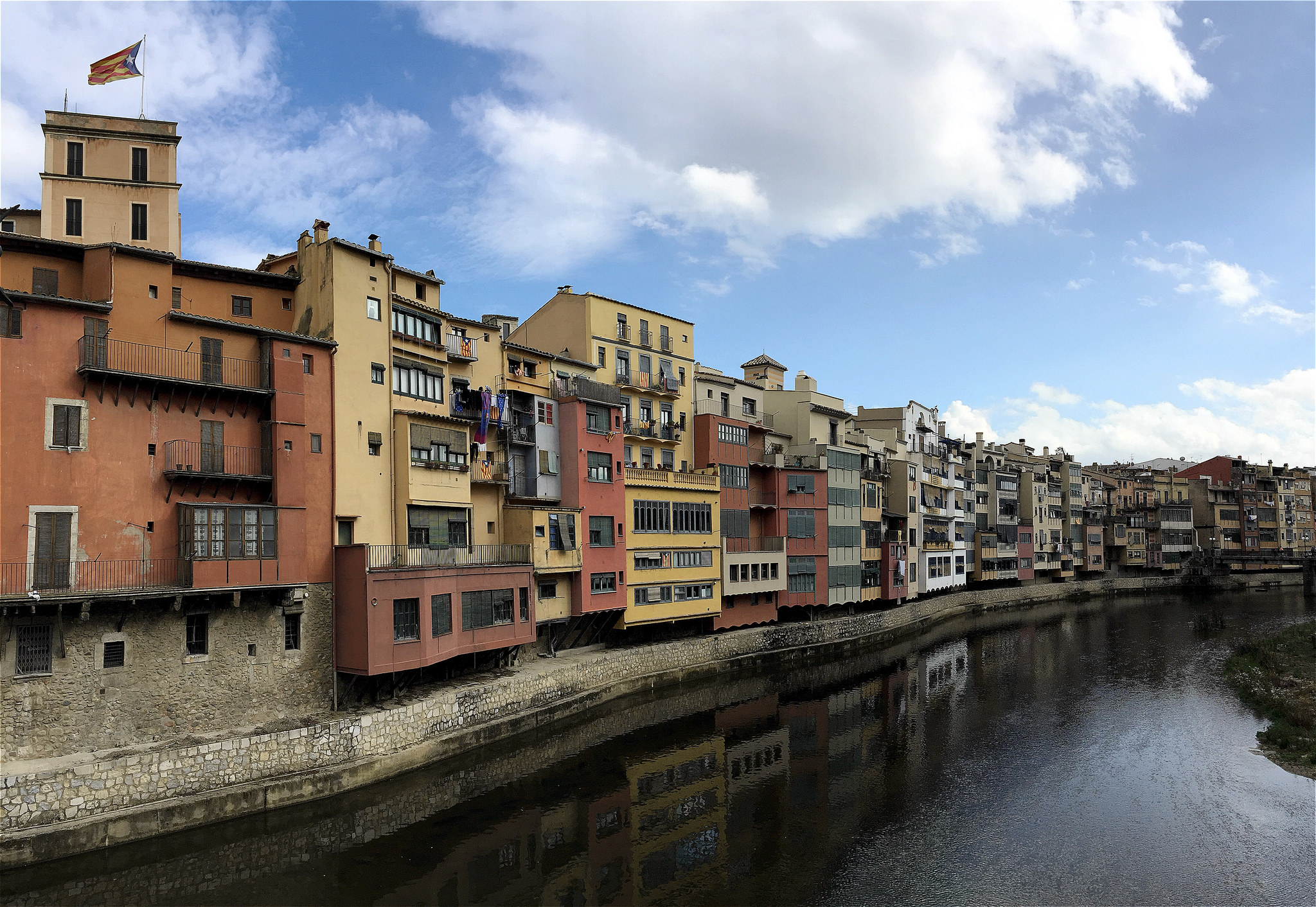 On day 4 (see the first days in Costa Brava part I) of our trip to the Costa Brava we drove a little bit inland, first stopping at the Observatorio Senillosa, which also has a little chapel. The next stop brought us back to the coast: Begur. We didn’t have time but if you do: the Cap de Begur offers stunning walking routes! We did go up to supposedly the highest point of the town: the ruins of a medieval castle. The only remains are the outlines of a tower, which you would typically associate with knights and the Middle Ages. If you are into fish, you should stop at L’Escala, best known for its sardine industry. But just outside this town, we visited the Ruïnes d’Empúries. It is a very strange feeling to know you are literally walking through ancient history while trying to imagine how people used to live here.  Both the Greek and the Romans built settlements from as early as the 6th Century BC, with a magnificent view over the sea (which off course was strategic) and close to the Pyrenees. The site also offers a nice museum. We paid € 10 (2 people), which included access to the historical sites and the museum (excavations are still going on by the way!). The second-to-last stop of the day was one of the things we really looked forward to but nearly missed: you could easily drive past the mark for Parc Natural Aiguamolls de l’Empordà. A very small national park (when accessing with a car you have to pay a small fee) with a large colony of flamingos!

You can walk all the way to the beach, but we decided to walk to the watchtower. From that point you can see how small this park is, but we saw the flamingos in their natural habitat, trying to find their balance on those small legs, like giving a dance spectacle. We ended this full day at Castelló d’Empúries, a small town with nothing (really!) but a good base to visit the next hightlight: Cap de Creus.

Cap de Creus is the most easterly point of Spain. From Roses a winding road takes you over the mountains to Cadaqués, a beautiful small village with white houses. The view from the road is magnificent! All of a sudden, the many corners make place for the scenery of a coastal village and her many small bays. The Cap itself is another 8 km from the village, along a small road. It is possible to walk to the Cap, which we didn’t. The landscape is magical, with rocks carved by the wind and water for millions of years. One can easy understand why this was an inspiration for Salvador Dalí, who used to live in Cadaqués (his house is now a museum).

You can drive up to the lighthouse, and go to the café that must be one of those few places where you can have a drink with a magnificent view! According to the side-ways which were closed but when open you’d have to pay to park … we think in summer this park must be very busy. We left the car where we didn’t hinder fellow travellers and walked towards some of these closed places. Unfortunately we didn’t have enough time; otherwise we could have stayed there for hours, just watching the artwork of Mother Nature. But we had to move on, towards Girona!

At first, we wanted to visit Sant Pere de Rodes and Figueres, which are on the road. In the first village there is a huge monastery and in the latter one of the most visited museums of Spain is to be found: Teatre Museo Dalí. Dalí was bourn in Figueres, and buried inside the museum. Sometimes travelling is making choices. One day we’ll have to come back … We set our Google Maps to toll free roads and went of. The highway winds around and above Girona once you come close enough, and offers a nice view. The cathedral

and the Sant Feliu church are the most remarkable sightings from above, and once you stand in front of those monuments they are even more overwhelming! Especially the cathedral, which has a beautiful staircase and a monumental façade.

The building dates back to the 12th Century, and is the centrepiece of the old town. A nice way of discovering the town is, again, from above. The wall around the old part of the city is nicely renovated and has some watchtowers that you can climb on. The old town itself dates back to as far as the 1st Century BC … We are repeating ourselves, but yes, you walk through history! We loved walking around the narrow streets and being surprised around each corner. The Jewish quarter is one particular part of town, as is the Medieval quarter.

The houses along the river Onyar on the other hand offer a nice and ‘don’t mind to look inside’ view, with colourful façades. Girona has a lively atmosphere; it is a university town after all. If you don’t mind to eat very late, then there are some nice places to eat local food at a decent price. However, at the Rambla and at the Plaça Independencia you can eat whenever you feel hungry  (or watch people while enjoying the sun).
To round our trip along the Costa Brava and through the hinterland, we stayed at the Marriot Hotel. But again, outside the season, so not too expensive.

The last day, we took our time to drive back to the airport, along secondary roads. Only on the last part we had to drive on the highway, without toll (don’t forget to set your satnav!).